Android Assistant – 17 features to help you easily and efficiently manage your android phone.

Astrid Tasks – Everyone’s favorite todo list. Nice app, that is why we have added in the Best Android Apps list.

These list of Best Android Apps are actually something like you can better do if you have.

C: geo -opensource – let’s find some geocache If login does not work.

ConvertPad – Unit converter. Listed among the best android Apps as it works.

Dropbox – Dropbox lets you bring all your photos, docs, and videos anywhere.

Facebook social network – People loves it. That is why listed among the best Android Apps.

FxCamera enables you to take a picture with various effects. Deserves to be in the best Android apps.

Google Goggles – Search the real world by taking a picture.

Google Reader – Nothing to explain!

Google Translator – Translates what you need.

GPS Status – Get the most out of your phone.

Raw GPS data at your fingertips. Displays your GPS and sensor data: position and signal strength of satellites, accuracy.

My Tracks – My Tracks allows you to record and share your GPS tracks, including statistics.

Though games should not be among the Best Android Apps list, but they are actually apps!

Abduction! -Your friends have been abducted by aliens, and it’s up to you to save them!

Air Control – You are the air traffic controller helping the planes safely to ground.

Alchemy – You can create a Life, Beer, Vampires with five elements.

Game Dev Story – Work hard and you may reach the top of the video game industry! 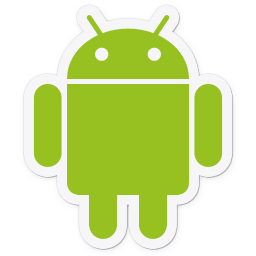 This list of Best Android Apps has reason to be created. Google Market Place is no doubt a good place, but it is quite difficult to find the best Android Apps in any category.

We are launching a website which will allow to download free and paid best Android Apps – no compromise quality apps. China made Android Tablet users have issues with downloading apps – they can simply go and download the best Android Apps.