CDN options are quite challenging now to decide which has better performance. Especially the prices are decreasing and most allows pay as you go which is typical for any Cloud Computing related consumer grade service. This article compares Rackspace Cloud Files with Amazon CloudFront.

What is CDN, why we need a CDN, Cloud CDN and more

Previously we have discussed elaborately about what is a CDN (Content Delivery Network), the importance of using a CDN and Cloud CDN.

Obviously, by spending mere few dollars on any CDN we can offload the load on our main server. Though theoretically it is said that CDN increases performance, there might be question how much a CDN can boost the performance in case of WordPres if WP Super Cache is used, pretty .htaccess tweaks are done and the main server is a cloud server that can scale according to the need. There is at least a marginal benefit in terms of performance (we are saying about WordPress). But the most important favorable point for using a CDN is (as we have said before) is offloading the burden on the server. Furthermore, the cost of Bandwidth and Space of a CDN is definitely very low than that of the main server. This is said, but we have tested in various settings and using a CDN definitely boost the performance in terms of page loading speed.

Problems of a CDN in case of WordPress

WordPress is a complex publishing suite. There are some differences between two major cache plugins – WP Super Cache and W3 Total Cache. Though it has very little to do with this article, it is a matter of fact, with WP Super Cache we need some extra setting to use a CDN properly.

One of the most reliable person in the field of Page Speed is Sajal Kayan. He has compared very nicely some CDN options, but unfortunately Rackspace Cloud is not in the list.

Let us exclude the other CDN options :

MaxCDN : It fails at big points those are mentioned by Sajal Kayan – Poor global coverage and no POP or Edge in Asian region. We will add another point – one time payment.

Mirror CDN : Most test can not detect it as a CDN.

So the comparison comes between the Rackspace Cloud Files and Amazon CloudFront CDN. Let them fight head to head as both are actually far better than the other CDN options. We have lot of static files. If your website is like ours, you have to setup the CDN very seriously and thoughtfully.

Chris Meller has already shown the performance with very detailed comparison. We tested with relatively bigger image files – unfortunately, as the size increases Amazon CloudFront (S3) frankly lags with the main server. We have performed the test with 127 different sized files. The least size was 224 bytes and the biggest was 200 KB – most users will use files within this range. We plotted a graph which is quite arbitrary the format of the files and the size interval are not equal – but this is a practical situation.

Size of the objects can not have a negative value and actually we want to see the possible time-size relationship of the CDN in question, see this curve when the value are plotted in a negative log scale. 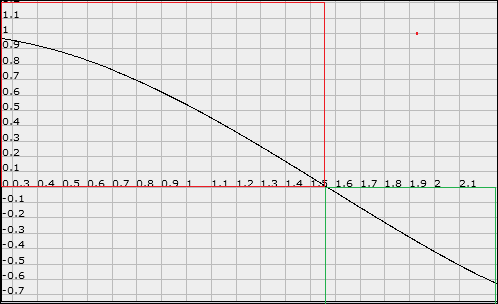 Now think of practical performance of a CDN. As there will be parallel downloads from Amazon CloudFront CDN, and there is no doubt that after a packet of downloads, a CDN will suffer from a lag – a clear time gap will be there, so the curve will actually be like a tan curve.

You can test our CDN performance – we are using Rackspace Cloud Files as CDN – it will simply show a straight curve if you plot, not like parabolic curve.

Conclusion on Rackspace Cloud Files as a CDN

Bad thing is their no good manual TTL control beyond 72 hours via the control panel. API supports up to 50 years – but honestly, it is quite painful. Rackspace Cloud Files is probably the best CDN at an affordable range, but obviously it is not perfect CDN. Honestly, we have not found any perfect CDN within a normal budget.

This Article Has Been Shared 661 Times!