How we have chosen these Best Android Chess Games

While writing and choosing this post on Best Android Chess Games, we have taken the following factors in to our consideration :

You can type or copy any name of the Games listed in this list of Best Android Chess Games and search it in Android Market Place using the Search function.

Shredder Chess : You can play against Shredder, analyze with him and solve chess puzzles. It offers the usual Shredder standard for your pocket. Shredder Chess is chess game and chess analysis tool an all in one combo and considered one of the best chess programs in the world. 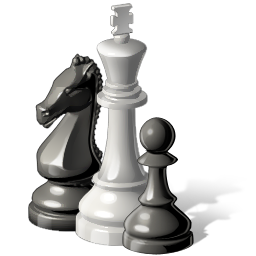 Chess Free : The timeless game of intellectual warfare. Are you a grand master in the making? Chess Free is the best free Chess game on Android!

Chess : The timeless game of intellectual warfare. Are you a grand master in the making? Same as our “Chess Free”, but no Ads.

Mobialia Chess : The best app for chess lovers: Play against AI or online at FICS or ICC. Now in gorgeous 3D!

SparkChess HD Lite : SparkChess – chess for the rest of us SparkChess is a free chess game featuring great graphics, two difficulty levels optimized for the best.

iChess for Android : iChess is great for solving tactics/puzzles and improving your Chess. It has many puzzles from 2011 GM tournaments, 3 Levels (Normal, Advanced & Master), over 1250 puzzles.

We hope our small list of ?Best Android Chess Games gave you almost all flavors of Chess Games.