There is also the possibility of two mutually connect incompatible networks, adjacent to the same neighboring network which also can be the intermediate neighboring grid. Virtual Private Network forms a logical subnet, which embeds itself in the neighboring network and takes advantage of the public addressing mechanisms for data purposes but operates its own transport network packets, and so detached from the rest of the network. Virtual Private Network permits communication between the VPN partner therein with the associated network is based on a tunneling technique is individually configurable, customized and complete in itself, hence it is called private. 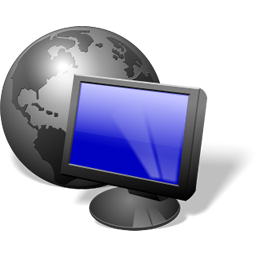 For communication with a network of associated partners on its Virtual Private Network, VPN Gateway packed the original network packets into the VPN protocol. Therefore, we speak to VPN from the tunnel.
VPN for PC partner runs a VPN client software, where the nature of the associated virtual network replicates.
Compared to other types of tunnels for a TCP / IP network, the Virtual Private Network tunnel is characterized by the fact that it is independent of higher layer protocols ( HTTP , FTP , etc.). In this way it is possible, the data traffic between two network components virtually transported through another network in an unlimited way, so can even entire networks on a neighboring network are connected across each other.

Depending on the Virtual Private Network protocol used, it allows network packet encryption.

Practical use of Virtual Private Network

When a computer establishes a Virtual Private Network connection, the operation is similar to the repositioning of its network cable from its original network to the newly mapped network, with all effects such as changed IP addresses and differences in routing .