Artificial Neural Network is an abstraction ( modeling ) of information processing and less about the reproduction of biological neural networks.

How this Artificial Neural Network works

Artificial neural network is mostly based on the networking of many McCulloch-Pitts neurons or slight variations.. In principle also other artificial neurons are used in KNNen – such as the high-order neuron. The topology of a network or the assignment of connections to nodes, must depend on its mission. After the construction of an?Artificial Neural Network in the training phase, in which the network “learns”. In theory, a learning network through the following methods:

In addition, the learning behavior changes when one change the activation function of neurons or the learning rate of the network. In practical terms, a network “learns” mainly by modifying the weights of the neurons. An adjustment of the threshold can be effected by other neuron. Artificial Neural Network is capable of running complicated nonlinear functions via a “learning” – algorithm, through the iterative or recursive procedure from available input and desired output values of all parameters to learn. Artificial Neural Network is a realization of a paradigm, because the function is composed of many simple homogeneous parts.

Using Artificial Neural Network?is not so straightforward and a relatively good understanding of the underlying theory is essential.

Basically, the classes of networks differ mainly by the different network topologies and connection types. For example, layered, layered, feedforward and feedback networks. 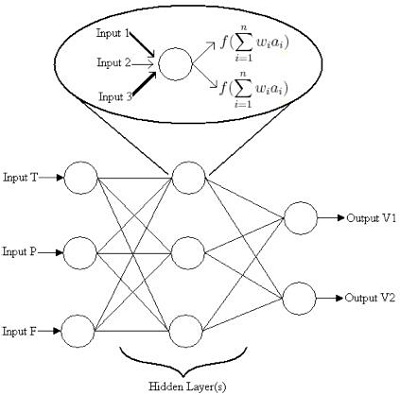 This Article Has Been Shared 170 Times!