Multi Agent System (MAS) is a system of several identical or different specialized units acting in a collaborative way to solve a problem. From a administrative point, the difference between human and Multi Agent System is, human might not always act in a collaborative way predictively. Multi agent systems can be used to solve problems that are difficult or impossible to solve for an individual agent or monolithic system.

Multi agent system exist both within biological system (natural multi-agent systems) and artificially created systems. Typical example of Multi Agent System in human behavior is, take that some one’s wallet is nicely stolen by an unknown person, he wrongly thought that I am that thief. Almost hundreds gathered and beat me to death. The unit of this Multi Agent System is a crowd, not that person whose wallet is stolen and the logic is – ‘this is a thief, beat it.’ Its an reflex primitive reaction, no other logic works. This is also called distributed in the area of artificial intelligence or DAI (distributed artificial intelligence).
Our work is to create artificial Multi Agent System that will be controlled with logics. Human can not be controlled with logics – this is the most problematic point in some fields.

Quite obviously we are talking about artificial Multi Agent System, not humans. The only way to keep a group of people organized is to keep them afraid – either by telling, its not good to kill another human as God will curse you or to tell, if you kill others, the Law will not forgive you. But, these do not work in highly risky works, high precision works. If one Multi Agent System fails, it can change its role and signal another group of Multi Agent System to replace. You will notice, ants works in this way, probably because they works based on logics not driven by other complex things those plays in human. 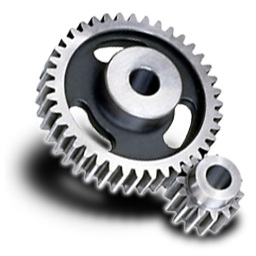 Robotics does not always mean a human like thing! Typical example of very primitive Multi Agent System is Google Bots. This is the reason to name that directive file : robots.txt ; Google’s work is to create logics through programs, so that these different Multi Agent System works properly and people can not fool it.

This Article Has Been Shared 687 Times!