Let us see the offerings of our four, from the list of World’s Largest Cloud Computing Company.

Google : With own infrastructure, Google serves their own necessity as well as serves the free and paid users, mainly earns from Online Advertising.

Turnover and infrastructure to be World’s Largest Cloud Computing Company

Rackspace : The calculation is easier as their sole profit is from cloud computing services. For the quarter ended March 31, 2011, net revenue was of $230.0 million.

Google : Probably $269 million at the same period, as estimated from revenue from ‘other services’. 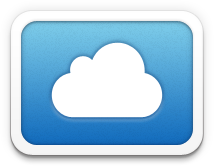 Who is the World’s Largest Cloud Computing Company