Ad Networks is not necessarily only Google AdSense. There are other options to earn money through blog Advertisements. There are some pros and cons of each Ad Networks and in this article we will feature top three Ad Networks which pays well, their plus and minus points and few other Ad Networks as runner up. If you are relatively new to Ad Networks related terminologies, this article will be helpful for you.

Google AdSense and DoubleClick Network : Among all Ad Networks Google Display Ad Network is most prominent. This is because of high pay rate and most importantly reliability of getting paid rightly, Ad units will not work as malwares etc. The only limitation is, Google AdSense is among primarily CPC Ad Networks. So if the niche is higher, CTR will get decreased.

Lake Quincy Media :  Almost insane CPM rate. We previously wrote about Lake Quincy Media. As we said before, Lake Quincy is like doing a job. At 31st or 1st of the month PayPal email will hit the inbox and most importantly – Among All AD Networks, Lake Quincy Media is only Ad Network, who pays actually more than predicted / calculated for that month. LQM only supports good content websites.

BlogAds :  This is really another niche among the Ad Networks. You can set the CPM rate and do more tweaks. They also have very high quality control. 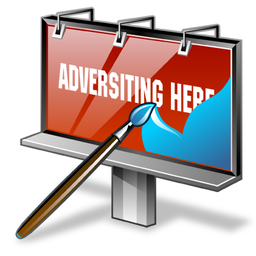 Tribal Fusion : Biggest negative point is requirement of minimum of 500,000 unique users per month. It falls among CPM Ad Networks.

Buy Sell Ads : Pay rate is great but we are not sure about quality control check or requirements.

Advertising.com : Its of AOL. Decent among other Ad Networks.