Something about your Internet Connection Speed and Internet Speed Test

There is a definite distinction between the broadband – data transmission (typically via Digital Subscriber Line (DSL) – or cable modem ) and the conventional narrow-band connections via analog modem or via ISDN and mobile connections via HSDPA , UMTS , EDGE or GPRS . Quite obviously, you need to keep this point in mind while performing a Internet Speed Test.

The population of some countries are largely to the Internet. Among those are Australia, Germany, France, Great Britain, India, Japan, Canada, United States etc.
Increasingly, a narrow-band Internet access is no longer can meet the required bandwidth for many Internet applications and now a broadband connection is required.

However, the ultimate Internet Speed, experienced by the end user from a particular Internet Service Provider might not give the promised result, resulting in failure to load web pages faster, watch YouTube movies seamlessly etc. In these cases performing an Internet Speed Test is quite helpful to determine the real speed from your end.

Factors to be kept in mind while performing an Internet Speed Test : 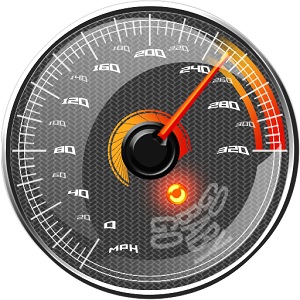 This Article Has Been Shared 153 Times!