OpenStack is an Open Source Software which is the build block behind many Private and Public Cloud. OpenStack has changed the way of Private Cloud Computing. Open Stack is a software project, which is a free architecture for cloud computing provides.

OpenStack was initiated by The Rackspace Cloud and NASA and is used by several other companies, including Dell, Citrix, AMD and Intel. Recently Hewlett Packard has joined OpenStack as well. OpenStack is a free software based on the programming language Python. OpenStack is distributed under the Apache License. The development is currently very much on the Linux distribution Ubuntu, version 10.04 LTS (Lucid Lynx) directed that works as a reference system.

Open stack is composed of two components; Compute and Object Storage. The Compute part is known as Nova, it is the main part of an IaaS system and written in Python. It can utilize various external components for communication and database access.

The Object Storage of OpenStack is named as Swift, which is a scalable redundant storage system. Other than these two, there is another part of OpenStack which is named Glance, it facilitates the registration and delivery services for virtual disk images. 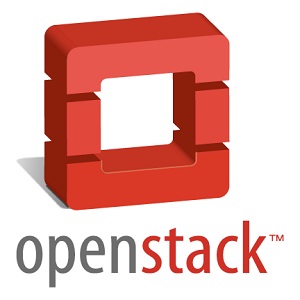 The virtualized systems can be distributed over any number of compute nodes. To provide storage for the virtual machines, Swift can be used. The service Glance, which is aimed to locate, register and receive disk images using simplified connection to the object storage.

The administration of OpenStack system is via a REST API, which with CLI of Eucalyptus can be controlled. Graphical user interfaces are in development. For the operation of Nova, additional components are necessary. Corporations, service providers, VARS, SMBs, researchers, and global data centers looking to deploy large-scale cloud deployments for private or public clouds leveraging the support and resulting technology of OpenStack community.

Tagged With is open stack private or public