Ever since the introduction of smartphones and tablets, consumers have been using their desktops and laptops far less frequently. It is simply more convenient”and sometimes faster”to access the Internet or make a note or respond to emails via a lightweight, portable device. For mobile carriers like T-Mobile, tablet devices have been in equal, if not higher, demand than t-mobile cell phones. This demand is similarly reflected in Verizon and AT&T sales as well.

Because of this trend, the PC market will likely endure another slow year, with hopes for a rebound in 2013. The latest stats from Gartner show that global PC shipments are expected to reach 368 million this year, which is only a 4.4 percent gain from last year. Last year the shipments only totaled 352.8 million. PC vendors now struggle to maintain profits because of the sluggish economy, supply constraints, and particularly the intensified competition from smartphones and tablets. 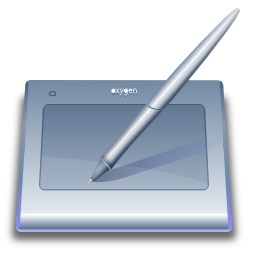 œThe use of applications such as email, social networking, and Internet access, that were traditionally the domain of the PC, are now being used across media tablets and smartphones, making these devices in some cases more valued and attractive propositions, Gartner research director Ranjit Atwal said in a statement. œConsumers will now look at a task that they have to perform, and they will determine which device will allow them to perform such a task in the most effective, fun and, convenient way.

Other points on the view of Tablets Taking Over PCs

However, the influence of ultrabooks and Windows 9 could have a beneficial impact on the industry in 2013, during which Gartner expects shipments to rise to 400 million, an 8.5 percent increase from 2012. According to Gartner, emerging markets will be the answer to global PC growth in future years because unlike emerging markets, mature markets will only replace existing PCs instead of purchasing new ones.

œOur expectation is that 2012 and then 2013 onwards will be supported by growth in emerging markets as their share increases from just over 50 percent in 2011 to nearly 70 percent in 2016, Atwal said. œEmerging markets have very low PC penetration and even with the availability of other devices we still expect a steady uptake of PCs.

With increased demand for mobile devices and tough competition from the iPad, Android tablets and Windows 8 tablets, PC vendors will need to step up their game in order to become better distinguished within the industry.

Tagged With tablets are taking over pcs