Cloud Storage is a storage model based on networks, designed in the 1960s, where data is hosted on virtualized storage spaces and are generally hosted by third parties. The hosting companies and users who require their data to be hosted on Cloud Storage, rent the Cloud storage space as they require. The operators of data centers, the service level, virtualize the resources according to customer requirements and environments exhibit only the required resources, while clients themselves manage the storage and operation of files, data or applications. Resources may be physically distributed across multiple physical servers.

Cloud storage services can be accessed by API, Web User Interface is usually given to the customer.

Cloud storage has similarity with cloud computing in terms of agility, scalability, elasticity etc. It is considered that the term Cloud Storage was coined in the early 1960s. Since the ’60s, the cloud computing was developed in several areas, newer implementations came due to Web 2.0, this was due to the high speeds of bandwidth and the low cost of storage and processing, Cloud Storage was not extended until the late ’90s and this delayed the implementation and massive development of solutions is based on cloud computing. Only some have the infrastructure to develop these concepts within the entities. 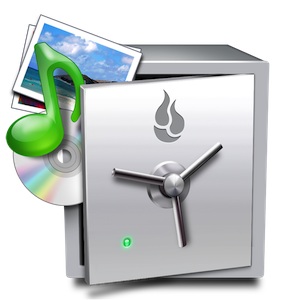 One of the first achievements of cloud computing came in 1999 with salesforce.com, the pioneer in delivering enterprise applications via a web interface. The company demonstrated to specialists and companies for software development the advantage of using web portals for delivery of their products. FilesAnywhere also provided the scheme-based cloud storage service that allowed users to share their files securely by Internet.

There is difficulty in defining clear terms the architecture of cloud storage, but is clearly analogous to the concept of object storage. Cloud storage services is provided by Amazon S3, cloud storage products from EMC Atmos – these are clear examples and offer guidance on the storage of objects.

Cloud storage is defined as an environment

Cloud Storage composed of many distributed resources, but acts as a single storage with high fault tolerance because it implements redundancy and data distribution that enables improving the eventual consequences by data replication.