Cloudpaging is pioneered by Numecent, a closed source technology framework to transform native software delivery from the public or private Cloud.

Unfortunately, part of the official documentation uploaded on Netsweeper by Numecent is partially blocked by my Country and it is showing “This site has been blocked as per instructions from Department of Telecom (DOT) .” This is the sole reason to delay in publishing information on Cloudpaging.

The idea is with a special kind of virtualization technology which is called Cloudpaging by Numecent, applications and games can run locally on your computer without having to first be downloaded or installed. Cloudpaging works with all Windows applications and Windows Operating System itself. With Cloudpaging technology, Numecent wants to revolutionize software distribution. 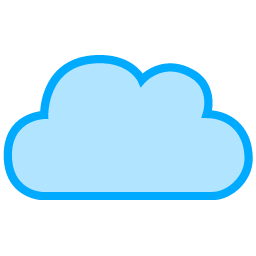 Cloudpaging needs provider and the provider must carry out these preliminary virtualization for the particular application. Numecent itself has such pre-virtualized applications as ready made solution.

Other notes and points on Cloudpaging

With Cloudpaging, the user can run applications from the jukebox in a player with AES 256-bit encrypted sandbox, without having to be installed. In order to run applications on tablets with different processor architectures and lower computing capacity, Numecent uses a hybrid approach for Cloudpaging that involves a local PC using its GPU. For example, an Android tablet with an ARM processor, can stream the output via WLAN from PC with 6 frames per second on the tablet. Smartphone as a server is another notable component of Cloudpaging.

Due to blocked access, inadequate resources, we have not yet tested Cloudpaging ourself, unfortunately this the only article we have write based on theory only without any hands on experience on Cloudpaging. As we are first hand information and tutorial providing website, we will try to have practical testing with Cloudpaging.

This Article Has Been Shared 477 Times!