Graphics Tablet is a surface with a pointing device for computer input, usually for graphical works. It receives the information on pen pressure and forwards it to be used by a software.

For resistive touch screens, however, the screen surface is pressure sensitive so that an operation can also be carried, for example by touching with hands or other objects. Graphics tablets is used in painting, drawing on the PC and have become an important tool in the following areas : 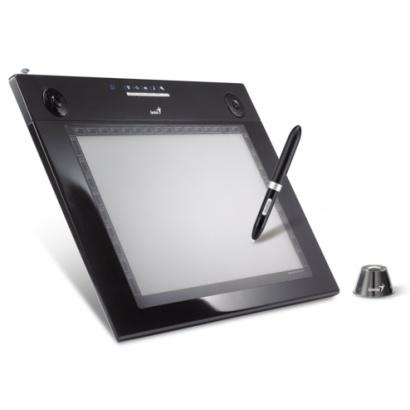 Many softwares, by default can detect and work with any Graphics Tablet, including Adobe Photoshop, GIMP, Corel Draw, Maya, Blender etc.

Advantages and Disadvantages of Graphics Tablet

The control of tools, brushes and similar in graphics applications with a tablet is much more precisely possible with Graphics Tablet than with the mouse. Operation is intuitive, so even people who are not familiar with Graphics Tablet but can draw, can work. Unlike mouse, a Graphics Tablet has absolute coordinates, where each point corresponds approximately to a point on the tablet screen.