Advertisement
You are here: Home » Performance of Computer : What it Actually Means
Advertisement

Performance of Computer follows the same physical definition – the amount of work done per unit of time and is colloquially synonymous with speed or quickness. In terms of how fast, it means how long it takes the computer system for executing a job, such as response to a mouse click. In this article we will go in to details on Performance of Computer.

Component power refers to the performance of a single component of a computer system, for example the processor , the main memory or the network connection.

Characteristics of  Performance of Computer 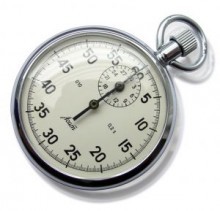 Instructions per cycle (IPC)  : Average number of instructions executed divided by the number of clock cycles required for execution of the program.

Instructions per second  : A component output size, which has been used in order to characterize the performance of a processor is the (average) number of executable machine instructions per unit of time.
Floating Point Operations Per Second  : The performance of floating point operations per second size is especially for supercomputers.
Data transfer rate  : The data transmission rate is the total amount of data (user data and control data) per unit time, which can be transmitted.
Response time  : Response time is the time between sending a request and receiving the associated response.
Response ratio : Ratio of processing time for response time.

Latency : This is another term for response time (order processing time after an interruption) with the constraint that a certain upper limit is not exceeded. It is the guaranteed maximum response time.

In future articles, we will discuss about Measurement of Performance of Computer.

Articles Related to Performance of Computer : What it Actually Means