Aspect Ratio in the broad sense is defined as the ratio of at least two different lengths of sides of a polygon. In case of Display the polygon is a rectangle. Quite obviously, when the Aspect Ratio of Display becomes 1:1 that means it is square. Although round displays are in use, mainly we use rectangular display and Aspect Ratio of Display is expressed like in mathematics, separated by a colon and frequently the digits in Aspect Ratio are made to next round figure from a fraction.

Components and usages of Aspect Ratio

In case of Photography film negatives, slides and paper images usually calculated as 3:2 format. However, Aspect Ratio of Photography is different and has been discussed separately.

The most common use of the terminology Aspect Ratio is in Television, Movies and Computer displays. Display Aspect Ratio (DAR) specifies the display aspect ratio of a single image into a digital video. Basis for this is the aspect ratio of image to be displayed, not the resolution of the image. Currently used Standard Aspect Ratios are :

For the full list of all Aspect ratio, you can look at WikiPedia, they have nicely copy pasted to create the list. 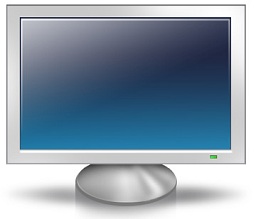 As everyone in this world wants to show something different, particularly who have some power to set any standard, unfortunately there are more difficult ratios existing to make any newbie confused with the terminologies. This bad sentence is important because, as we have said,  “Aspect Ratio is frequently the digits in Aspect Ratio are made to next round figure from a fraction” ; basically a 16:86 fraction can be expressed by the manufacturers in brochures to a usual customer as 16:9. The difference becomes huge as the screen size increases. Pixel Aspect Ratio (PAR) is the ratio of width to height of a single picture element (in pixel) of the output display. This is sometimes used as a buzz word tool in brochures.

Please check the real size of two arms of a display measuring physically instead of relying solely on the digits expressed as Aspect Ratio before purchasing bigger sized displays.