Exposure is a known method in the photography to collect the different light distribution of a target object on a photographic film or sensor to reproduce an image. Exposure is influenced by the light sensitivity of the film or sensor, the aperture of the lens and the shutter speed of the camera.

What is this Exposure is ?

Exposure is measured in lux seconds and can is calculated from exposure value (EV). Exposure time is the duration when the shutter of the camera is kept opened and the recording media is exposed to the image through the lens. Short exposure times are used when the recording light is very bright, or to stop moving objects in the photograph, long exposure times is used when the light is weak or to achieve wiping or flow effect. With exposure times of 1/125 sec or less, especially with long focal lengths due to the magnification effect of camera’s physical shaking , usage of a tripod is necessary.

The reflected light is less reliable, because it can be reproduced from the individual parts of the subject and are quite different in value.
Underexposed images look too dark and the shadows is not apparent. Overexposed images are too bright and the lights are not apparent. You feel like a photo with faded colors.

These possible errors in exposure can be avoided in several ways. The simple way is to use a bracket of Exposure with at least three and a half or a third aperture of different exposures. 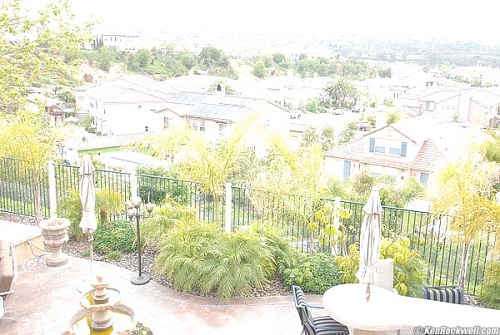 I am unable to understand Exposure from your jargons

Exposure is a bit complicated topic for any new user of an advanced digital camera, simply because exposure is dependent on many other variables which we have mentioned at the beginning. From the point of Optics, Exposure is the accumulated physical quantity of visible light energy and can be expressed mathematically.

This Article Has Been Shared 976 Times!

Articles Related to Exposure in Photography