How ISO Film speed arrived in the field of Photography?

How actually this ISO Film Speed matters for Digital Photography?

Understand one big fact for ISO Film speed – ISO Film Speed was for a physical film, a light sensitive photographic film which is coated with chemically defined materials which reacts directly proportional to the ISO Film Speed number and intensity of light, taking the time is constant (that is exposure) and there is no diffraction, reflection or absorption. That means, lower the number of ISO Film speed, lower will be its sensitivity to light. Obviously you can understand, a film marked as ISO Film Speed 400 will work better in the dark than one marked with 100. The reverse – higher the number of ISO Film speed, higher will be its sensitivity to light, might not be practical as after a limit, the factors which we have not took in to consideration – diffraction, reflection or absorption, starts playing a big role. This why, you might recall, the usual Film Camera had an limit of using a film of ISO 400. After that, special coating on lens and whole mechanism is needed. 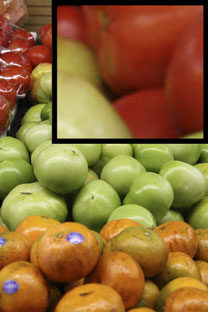 But in case of our digital photography, that film is not present, instead a non replaceable virtual film, that is the sensor which is present on which we will denote ISO Film speed dynamically. So, ISO Film speed in Digital Photography is not really a physical measurement, it is programmatic. The programmatic algorithm of ISO Film speed is made based on original Film Photography. That is why the aberrations and artifacts (like noise) on very high ISO Film speed in a digital camera become apparent even with a high end DSLR.

So, now you can easily understand, why for low end to mid range digital cameras keeping the ISO Film speed at lower and increasing the other parameters to higher brings a noiseless photo.

This Article Has Been Shared 844 Times!