Live Preview in Digital Camera is a system that makes possible to use an inbuilt digital display like an optical viewfinder in real time for capturing a photo. In case of Mobile Phones and Entry Level Digital Cameras, sometimes this Live Preview Screen is the only way for real time time preview, i.e. there is no Optical Viewfinder but only a Live Preview screen.

How this Live Preview in Digital Camera Works

The Live Preview screen is usually a LCD Screen, sometime it is a TFT-LCD Display. The basic type of live preview actually displays an overall image that will be taken, the final image captured is usually of better quality than shown in Live Preview and have a definite lag of time. This is the most commonly used type of Live Preview in Mobile Phones and Compact Digital Cameras. 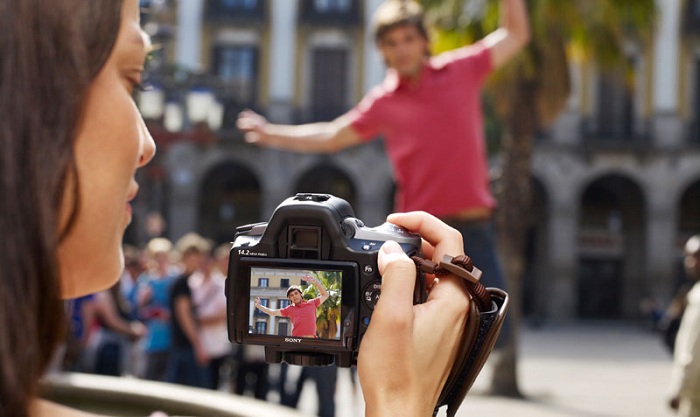 The second advanced Live Preview system provides the exact look of what will be captured. Many considers these variety as the real Live Preview feature and it usually sports in high end DSLRs.

There may be additional image information, such as a histogram with the distribution of magnitudes are displayed in the image. Using the magnifier software simplifies manual focusing, since with the existing hardware allows a capable and flexible in the enlarged representation. With optical viewfinders, this is sufficient for sharpness of the viewfinder image. Hinged or folding Live Preview screens can display the image of the subject that can be aligned to the eye of the beholder at a convenient angle. Live Preview practically allows more precise control of viewing angle.

For DSLRs, because of its basic mechanism, the system needs to be permanently in operation, which he heats up easily. In very bright light conditions, such as under direct sunlight is, in many liquid crystal displays, Live Preview becomes useless as practically nothing can be seen.