Sony Xperia S Full Review : Our Expectations Before Getting on Hand

The Brand’s name is Sony and the OS installed is Android OS, adding more spice Sony hyped with WALKMAN application. From the  picture of 3D reconstructed model of Sony Xperia S on official website, although we had to held our breath, but we do have many bad experiences as well. Sometimes budget quality rubbers get prominent on hands on. This is probably enough to start our Sony Xperia S Full Review.

As we always follow for our reviews, we will start from un-boxing experience to running, testing and thereafter the official spec. This basic rule will be followed on Sony Xperia S Full Review too.

When the box was on the table, our first impression came – is Sony Xperia S is going to tilt Apple’s leaf (read iPhone) a bit ? 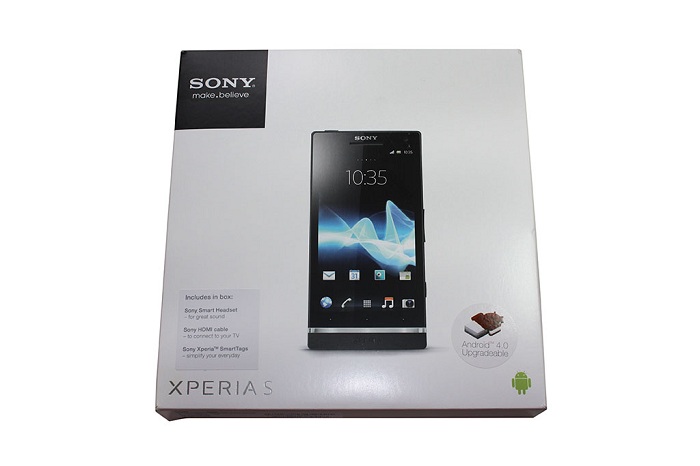 The uncanny resemblance with white box of iPhone 3GS, in fact a bigger minimalistic resemblance with Apple’s box packaging forced us to think about iPhone as its direct competitor. However all accessories are usually black. All standard accessories are included and a piece of lint free cloth, the lint free cloth’s size makes to think whether Sony is saving the money by including a bigger sized Postal Stamp version of  lint free cloth, although it is typically absent in Nokia’s package, a good minute point for Sony to start hitting with a good competitor. Some accessories are however manufactured of budget quality plastic materials.

Sony Xperia S has excellent quality body material, though it will be too much to compare with 4th generation iPhone. Unfortunately the budget quality material of (compared to price) port cover reminds the high quality smaller details of both Apple and Nokia. This is typical of Samsung, not really of Sony.

Sony Xperia S is a smartphone of considerable size, 128 Ã— 64 Ã— 10.6 mm and weighing 144 grams. By comparison, it is somewhat smaller than a Galaxy Nexus, but is heavier than the later and its screen is 4.3 inches, losing 0.36 inches from the latter. The rear is designed with a convex form, which improves the ergonomics at hand punishing the thickness.

My hand is quite big, I felt no issue to hold and operate it with one hand but on slimmer female hands, probably it will be a bit bigger. Sony has included a clear band with LED s that hides the antenna connectors, located on the bottom of the device, and has within it the distinctive features which illustrate the capacitive buttons located just above. This is certainly the hallmark of the new range of Sony : 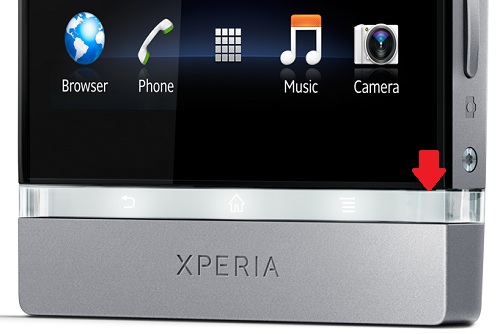 On an average hand, Sony Xperia S will look somewhat like this : 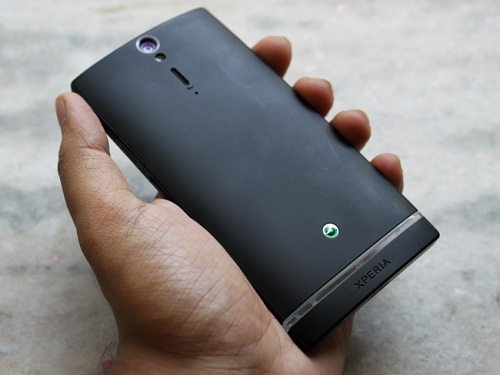 The hand is of a journalist of Hindustan Times, I am quite bigger in dimension than it feels from my profile picture, I can not seat properly in Hyundai Accent’s Driver’s seat (my arm touches the door for a sudden 90 degree rotation of the steering wheel). For this reason,  I would like to suggest to take Sony Xperia S on your hand before actually buying it, if you are planning to use Sony Xperia S as full time phone replacement.

The Plastic body of Black Sony Xperia S is not apparent due to Sony’s quality finishing, but might be a dirt attracting factor for the white version. Sony Xperia S has a great basic functionality and overall the device has excellent quality. Implementation of background noise cancellation and sound call is clear and crisp even with stock supply. In addition, the network has a good response without sacrificing too much energy, as does the Galaxy Nexus. The external speakers is very good, which supplies sufficient volume and quality.

The browsing speed, although not at the level of the Galaxy Nexus and to remind, Ice Cream Sandwich is an operating system much more mature and fast and the Xperia S has at last updated to the latest version of Android.

Notification LED sports various colors at the top, but not natively configurable. light and proximity sensors, which work well, although Sony has not included manual override.  The screen is modest bright and driven by Sony’s BRAVIA engine. GPS operation is correct, responsive to speed and precision and the device supports GLONASS, in addition to GPS standard.

The interface is OEM configured and Sony has done quite good work on Android to integrate on their Sony Xperia S.

The screen of Sony Xperia S is simply stunning, with the best pixel density in the current smartphone market and with more natural colors and nice SuperAMOLED . In general terms, perhaps Sony Xperia S today sports the best screen in smartphone market with its 4.3 inch, 1280 Ã— 720 pixels with Mobile BRAVIA Engine. Sony Xperia S  not the best that we will find in the market, but definitely it is a good candidate to get a good marketshare snatching from iPhone (more costly and OS factors will matter), Nokia’s die hard work to marry Windows to get the old market back.

This Article Has Been Shared 392 Times!