Basics of how Lens Hood works

A lens hood is designed to prevent incident light from the side of lenses which is reflected on the image sensor or film or even in the eyepiece. This can lead to substantial impairment of the image, such as optical overlays in the form of light fringes in the shape of the lenses, usually as circles or rings – they are so-called lens flare. Furthermore, the image of the photographed object will become dull due to scattered light dull and will have low contrast. 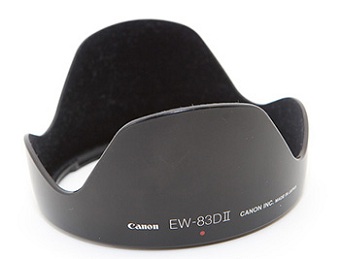 In practice, the lens hood provides some protection for the front of the lens, such as from rain, spray or from minor impacts.

When shooting during sunsets, the lens hood no effect. The emergence of ghost spots or other reflections caused by light sources within the image field can naturally not be prevented by a lens hood.

The optimum geometry of the lens hood depends on the angle of the lens, the diameter of the front lens and the size of the sensor or Film. A lens with a small field of view requires a longer lens hood. Lens hood for zoom lenses are always for the shortest focal length.

The wrong choice of the lens hood will lead either to a reduced protective effect when it is too short or vignetting , if it is too long or has too small diameter.
The advantage of tulip shaped design of Lens Hood offers better protection against stray light at longer focal lengths.

This Article Has Been Shared 969 Times!