Light Box is nothing but a box made of non reflecting translucent white material, whose 5 sides are usually closed with the  non reflecting translucent white material it is made up with to allow external light to enter the box, in whose center the object whose photo will be taken is placed. The open or partially open side of the light box also lightened with white soft light and photo is taken from this end. 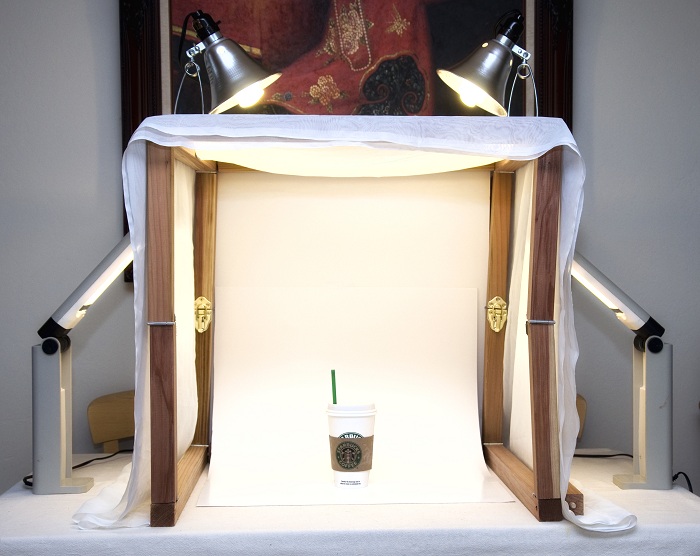 A light box operates on the basic laws of Physics on behavior of light rays.  The incident light should be diffused and the reflections should be uniform within the box. 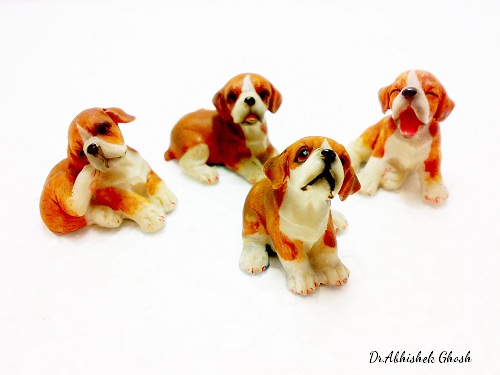 Light Box for your Digital Photography

The above photo was taken by me using not even an entry level camera – it was Nokia N73 ME , the individual doggies measures 1.5 inches and the light box is about 1.75 feet in dimensions (in all aspects). If bigger model / object is needed to be captured and the camera has less crop factor, the size of Light Box will have to be increased. Another factors are – the wavelength of the light sources, distance of the light sources, optical property of the material the Light Box is made up of. As it is about physics, hypothetically a formula can be created. But as there are too much variables from one Light Box setup to another Light Box setup, its not very practical.

Roughly, white non shiny paper or white cloth can be ideal as backdrop inside the Light Box, as they will not cast any pattern. White Fluorescent light usually works great as the light source for the Light Box. A tripod can stabilize the camera better in front of the Light Box.

As the need of Light Box becomes bigger with the object’s size, after a certain size, Light Box becomes useless or impractical. Rather a flexible Light Tent or a Studio Setup of the whole room is used instead of a Light Box.

Light Box and Light Tent are available commercially, as well as can be made at home.