Metadata is data about data. Metadata is data that contains information about other data such as documents, books, databases or files. A Webpage is a document where metadata is used in various ways. Apart from description and title, metadata describes characteristics of an object including date of publication, authors name etc.

A distinction between metadata and normal data is a matter of perspective. For the reader of a book the content is the data itself, and the author’s name or number of the edition are metadata. For the publisher of a catalog of books, but these two features are very closely related and should therefore should be regarded by among the actual data.

Attempts to distinguish between data and metadata, is to introduce as a term. The purpose determines the outcome, to be able to fulfill a specific purpose – to achieve a specific result – metadata is required. The result can be made of data, especially metadata can be in their role as part of the result data.

A webpage is a document that is publicly accessible via Internet. We use several types of metadata in order to define it. 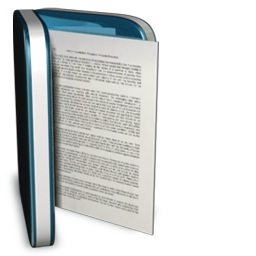 Metadata is often used to describe information resources and thereby make better way to find and establish relationships between the materials. This is a certain degree of standardization. For storage and transfer of metadata, there are a number of data formats and data models (such as Dublin Core) can also be expressed in different formats.

The semantics describes the meaning given in rule of standardization that will be established. In data models metadata are simple attribute or combination of values (eg, HTML meta tags) or sentences with subject, predicate and object (like in RDF ). The syntax is finally represent the model-generated data according to the statements. Example of a representation format is XML (eXtensible Markup Language).

Tagged With metadata basics , what is the basic concept of metadata tags?

This Article Has Been Shared 966 Times!