Advertisement
You are here: Home » Polygraph or Lie Detector : How it Works
Advertisement

Polygraph, better known to most peoples as Lie Detectors records continuous progression of physical parameters, mostly the peripheral physiological variables such as blood pressure, pulse rate, respiratory rate, electrical conductivity of the skin of a person during an interview. Today multi channel Computerized Polygraph are mostly used. The terminology “lie detector” is somewhat biased, because Polygraph is merely a technical tool. The recorded responses by Polygraph are not specific to the truth or falsity of the answer given, but only show the current level of alertness and needs a specialist’s (usually a doctor’s) review of the graphs generated by a Polygraph.

The basic idea of the polygraph machine was thought by psychologist Carl Gustav Jung and Max Wertheimer.   The application of a Polygraph instrument ranges from interviewing for a job to the interrogation an accused. CIA, Federal Police (FBI) in the United States, CBI in India use polygraph to assess the reliability of statements described if requested.  The Supreme Court of India declared use of narcoanalysis, brain mapping and polygraph tests on suspects as illegal and against the constitution. Article 20(3) of the Indian Constitution-“No person accused of any offence shall be compelled to be a witness against himself.” Polygraph tests are still legal if the defendant requests one, however.

Polygraph tests are based on the assumption when people tell a lie, they gets slightly nervous. This level of nervousness will remain invisible to the opposite person, but the autonomic nervous system creates some involuntary reactions inside the body. This is reflected by change in heart rate and other parameters and appropriate instruments can record them and make visible graphs.

Polygraph is not a lie detector

Polygraph has a big advantage that it adds circumstantial proof. Take that I have killed your great grandson. There is no apparent agenda or rather motive can be found for my killing process and I have successfully hidden the ways to find out me as the killer. As basically everything has a grammar, the motives for the most cases are limited in number. So, instead of a hunch by the detectives, a Polygraph can direct the detective towards the shortest way to find the truth.  Take that I am 99 years old and have killed your great grandson as I has extramarital relationship with his aged elder daughter. If I am told some extramarital relationship related stories while Polygraph is running, I might get frightened and some changes in Polygraph recordings will be seen. This is the theory of 1900s when Polygraph invented. 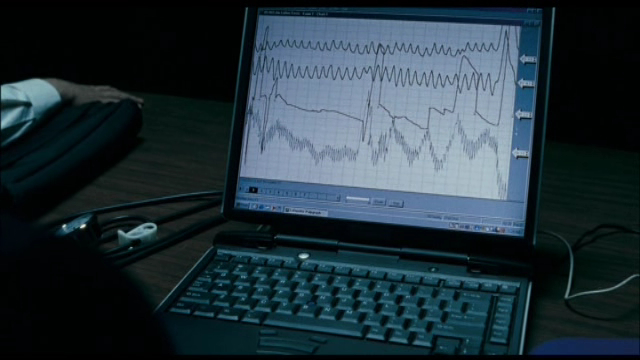 Returning to Polygraph,  Polygraph is a nice tool to make non-professional criminal scared as they have no idea about the machine, nor have the ability to control the autonomic system. Therefore the Polygraph machine is becoming a scary thing to admit the truth later.

Autonomic system can be controlled by followers to attain high level of spirituality. A saint living on a solitary place at Himalaya will not obviously steal your camera. Forget Polygraph, they can stop their heart beat. Polygraph is not needed for him, logically that is true, but there can be persons who are living within us and do have better control on Autonomic system to fool Polygraph.

Polygraph can be fooled by various methods, at least have to be considered logically. Professional criminals has better control on autonomic systems, its very logical point. Its not easy to murder a person for bucks. Law and medical science is about truth, only truth, nothing but the truth. Apart from these fallacies, Polygraph can pickup false positive due to unrelated phobias.

This Article Has Been Shared 484 Times!

Articles Related to Polygraph or Lie Detector : How it Works