Aerogel is highly porous solids, where up to 99.98% of the volume is made of pores. There are different types of aerogel, silicate by far the most common. Other materials, for example plastics – or carbon-based are used in special cases. Basically any metal, polymer and other materials can be used as a base. The name blue smoke is due to typical color of Aerogel which most commonly seen. Aerogel is Open Source material.

Properties and Structure of Aerogel

Aerogel has a highly dendritic structure, which is a ramification of particle chains with many gaps in the form of open pores. These chains have contact points, so ultimately leads to the picture of a stable, spongy network. Aerogel is a misnomer, it is not gel but a solid material.

The pore size is in nanometer range. Aerogel is used as an insulating or filter material. The applied areas of Aerogel will further increase with the discovery of additional features which are still not clear. The high optical transparency, together with a refractive index of about 1.007 to 1.24 and a typical value of 1.02, makes Aerogel interesting from a visual standpoint. 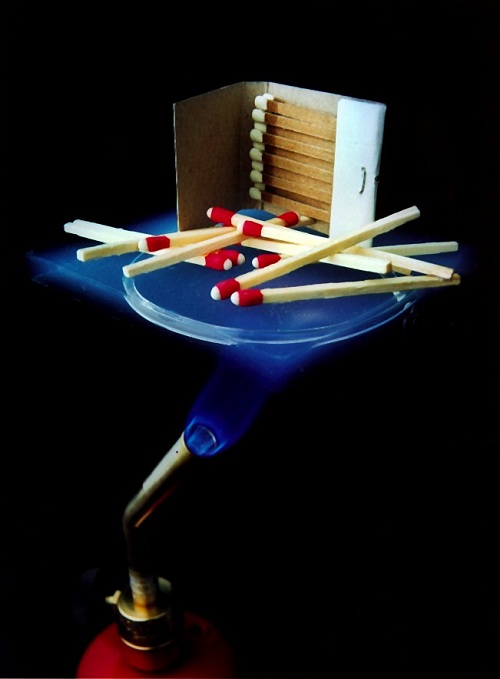 A silicate Aerogel appears milky blue against a dark background, as the silicon dioxide scatters shorter wavelengths more than longer wavelength radiation. This effect can be in the form of Raman effect like scattering which we see in daylight the sky as blue. Despite Aerogel has transparent appearance it feel like hard plastic. Because of this property, they appear dull and transparent and therefore bear the nickname frozen smoke. The chemical composition of the material Aerogel corresponds approximately SiO (OH) y (OR) z, y and z are the manufacturing process dependent parameters.

As Aerogel has high porosity the development of first Aerogel was with the intention to obtain a storage media for gases and solids. In 1960s, Aerogel investigated for their suitability as a storage media for liquid rocket fuel. By their fine structure, Aerogel can be used as a matrix for collecting small dust particles.

Since the refractive index of Aerogel is an area that can be reached either by gases or liquids or by conventional solid-state, they play an important role as a radiator material for complex systems.

Aerogel have a very low thermal conductivity and are therefore often used as insulation for special applications.
Carbon Aerogel has high electrical conductivity and stability plays an important role in materials research for electrode material in automotive catalysts and in supercapacitors.

Articles Related to Aerogel or Frozen Smoke or Blue Smoke