Best First Person Shooter Games (FPS) for Android lists some amazing and entertaining 3D games for your Android Tablets and Android Smartphone. Although the specific hand-held gaming devices are known to deliver the best gaming experience, Android offering exciting adventures that can be considered as a opener of a new era of gaming on mobile phones.

The first thing is that, many of these games listed on Best First Person Shooter Games are quite well known at other platforms. Secondly, there are games those were and are quite popular as PC Games and the original developer has released Android version. In short, we took these points in to consideration while listing the games :

You can type or copy any name of the games listed in this Best First Person Shooter Games list and search it in Google Play using the Search function. 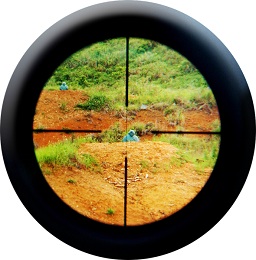 Max Payne Mobile : Max Payne is a well known game in PC Gaming arena for past approximately 10 years. This game looks and run like a charm on HTC devices. With latest updates it runs nicely.

Zeus Arena : Said to be one of the best FPS games for Android.

FinalStrike3D : In this game you will play the role of the best helicopter pilot for special tasks.

Grand Theft Auto III : Liberty City. Where it all began.

The Dark Knight Rises : The epic conclusion to filmmaker Christopher Nolan™s Batman trilogy arrives on Android in the exclusive video game inspired by the movie.

quake1 :   It has issues with certain devices. Make sure the game can run before purchasing.

Hexen : There are issues with certain models.

This Article Has Been Shared 845 Times!