Advertisement
You are here: Home » Deploying a Facebook App With Heroku Cloud
Advertisement

Needed Basics for Deploying a Facebook App With Heroku

For deploying a Facebook App install the Heroku Toolbelt first from toolbelt.heroku.com . Install it. If you are a Linux / UNIX user or even a GitHub user, you are used with the usual commands. Heroku is a full fledged Cloud Computing environment with Ruby, Python, Java, Node.js etc. languages support and supports both SQL and NoSQL database.

By now you have installed the client App. Double click the shortcut on desktop. Its absolutely like GitHub client. It will bring a black window. 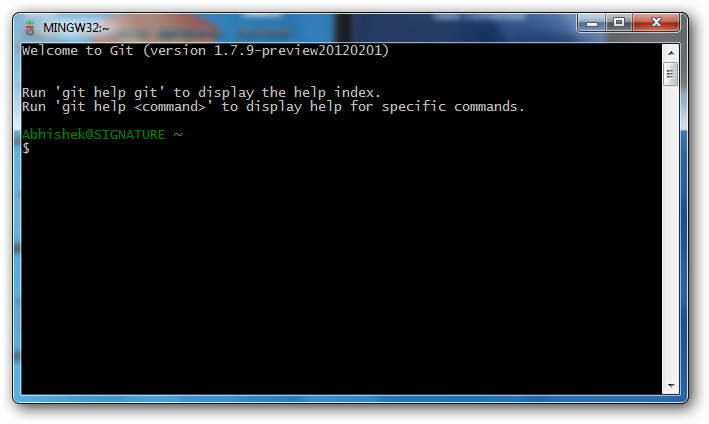 And hit Enter. Type your email and password.  Some funny screenshot taken while writing this guide on Deploying a Facebook App, you can see WordPress post editor : 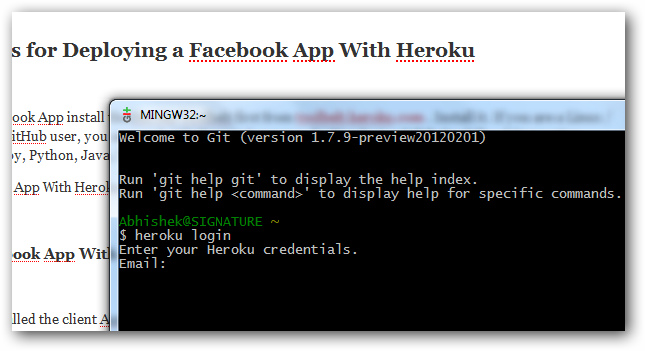 We need to fetch our App™s Source Code located at :

(Please read the previous post if you have not done already – Creating a Facebook App of Your Own. )

So, I will run this command to clone it :

To paste in bash, simply copy it from notepad and hit insert button. Its a nifty tip.

But I need to go to the directory of our app. Simple command is cd (change directory).

Noteworthy, git uses vim as default text editor. So to edit the default index.php file, I will run : 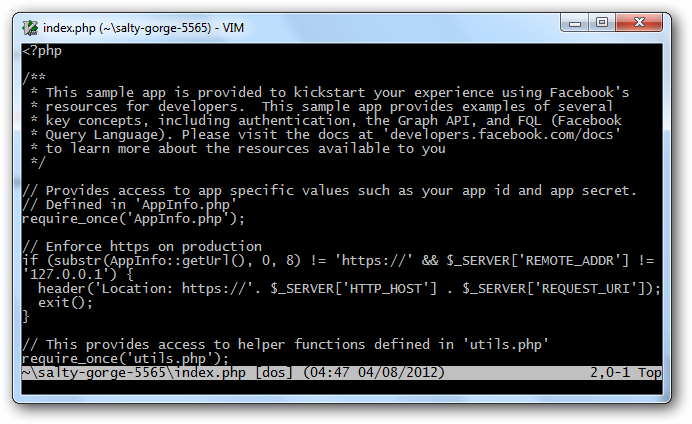 So we continued editing : 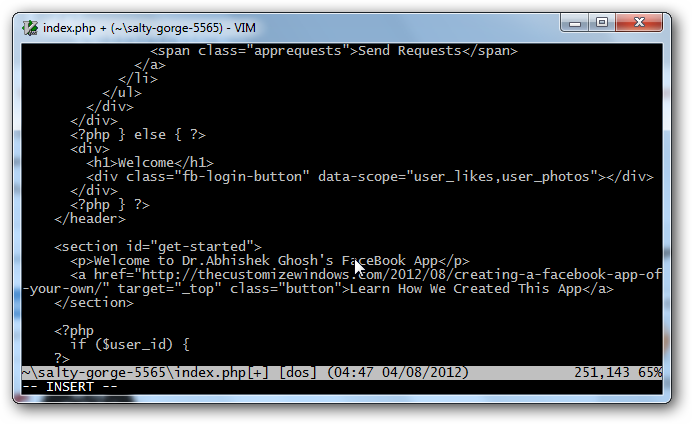 Refer to vim in git documentation for editing. Briefly, pressing i or insert keywill give you the option to edit. Press several times ESC to get out of Insert-Mode and ZZ to save.

Deploying a Facebook App With Heroku Cloud is done.

I changed only one line in vim to my name :

This is a very basic guide for Deploying a Facebook App With Heroku Cloud. This is the principle. For real solid App, you have to create an offline app first to test on localhost, then deploy in Heroku Cloud.

Tagged With Heroku , am unable to deploy java app from git to heroku with jenkins

Articles Related to Deploying a Facebook App With Heroku Cloud