WLAN or Wireless Local Area Network describes a local radio network with a standard of the IEEE 802.11. The narrower meaning is synonymous with Wi-Fi. Unlike the wireless personal area network (WPAN), WLAN have greater power levels and ranges and WLAN generally offer higher data transfer rates. WLAN belongs to layer 1 and 2 of the OSI reference model, whereas WPAN provides emulation of the serial interface and PPP or SLIP connection to set up a network.

WLANs depends on the hardware configuration and needs to be operated in different modes. Infrastructure mode is similar in design to mobile network. A wireless router or access point is responsible for coordinating all the other nodes. This sends data at preset intervals , in small packets to all stations in range. This is termed as beacons and contains the following :

These beacons are always sent with a lowest transmission rate of 1 Mbit / s, the successful reception of beacon is guaranteed to have a stable connection to the network. The SSID transmission or the broadcasting can usually be turned off.

In ad hoc mode of WLAN, all are equivalent stations. WLAN ad-hoc networks can be constructed quickly and easily but for the less spontaneous networking devices like common cellular phones, however other technologies like Bluetooth is commonly used.

Other points on WLAN or Wireless Local Area Network 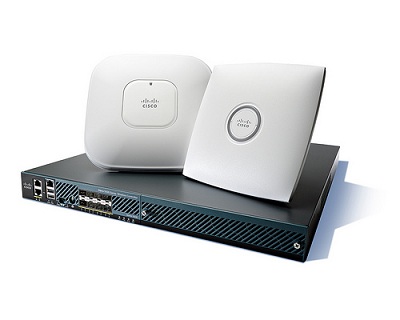 We will publish separate articles on Specific topics on WLAN or Wireless Local Area Network. A general idea is provided here.

With special directional antennas WLAN can be bridged to several kilometers. Antennas adds a gain on both the transmitter and receiver. Some WLAN devices also have a master antenna with diversity mode. This requires two antennas to be connected to the device.

Without masterly measures to increase security of information WLAN are prone to be under attack, using very elementary methods. It is therefore necessary to use encryption and password protection for devices active on WLAN, which is basically difficult for many devices to implement.

This Article Has Been Shared 656 Times!