Advertisement
You are here: Home » Cooling Pad for Laptop : Chill your Machine
Advertisement

Cooling Pad for Laptop is an external external device for laptops. It helps in dissipation of heat emitted by the components of the machine due to intense load. For the desktops, there are several options for effective cooling like adding an additional cooling system for the processor, changing the cabinet etc. But for a laptop, the options to use cooling are practically limited. This problem is magnified when the laptop is used for prolonged period or high working load is given and can be solved by using a Cooling Pad for Laptop.

Since several years, the performance of laptops easily can compete with a Server or a Desktop. But miniaturization of the desktop made sacrifices the laptop cooling because the volume is much smaller to be circulated and the number of fans are lower too, typically when on battery these too switches off in order to save the battery.

In some situations, professionals put their machines to work with 100% CPU load, which can cause a crash of the machine for critical overheating or can hibernate it. Added discomfort to the user is related to the heat that is transmitted through the keyboard and the area surrounding the touchpad and the noise generated by a fan sometimes becomes pathetic.

Types of Cooling Pad for Laptop 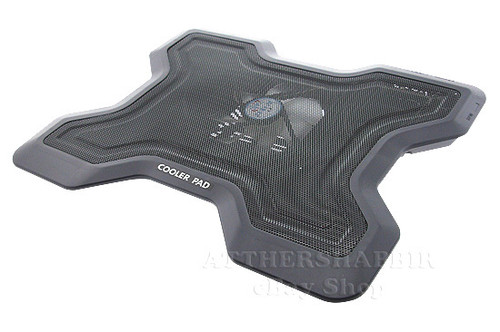 Apart from its primary function is cooling, active can offer other possibilities such as:

Some manufacturers are engaged in the manufacture in production of passive Cooling Pad for Laptop, they does not have fans or moving parts. Although they are uncommon, there are two types:

These passive Cooling Pad for Laptop devices are effective, but to a lesser extent, they become ineffective during prolonged use of the computer. Advantage lies in the absence of energy consumption, no noise and ease to fold and carry.

Buying a Cooling Pad for Laptop

This Article Has Been Shared 386 Times!

Articles Related to Cooling Pad for Laptop : Chill your Machine