This article, Experimental Psychology and Open Source Software Packages contains material from my own original research works and must be cited will full credit and hyperlink for citation purpose.

In the previously published article, Cognitive Science – Mind and Artificial Intelligence, we outlined the possibility of future progress of Next Generation Health Science, which is beyond simple biochemical reactions, interactions, which basically failed to explain most of the normal human behavior and in the article on Neuroprosthetics and Modeling of Neurons, as a whole, we have successfully simulated the working neuron and more complex tasks which biochemical model of Psychology failed to simulate outside the body, in laboratory. Experimental Psychology basically not intended to follow the line of Neuro Computing by its origin, but ultimately has taken turn after the year 2008.

As it is not an academic article, a simple example can illustrate the rightness of way of latest research works on Experimental Psychology – if we chemically try to define a computer’s keyboard, it will just give the percentage of plastics, copper and other metals, silicon and rubber components, adding traditional physics will make it worse – the Milli Ampere current generated while hitting the Enter key, actually can not define a computers keyboard. The set of data is true but is not reproducible to create a keyboard.

Best Open Source Programing Languages for both Experimental Psychology and Cognitive Science derived subjects are Python, Ruby and on server side PHP and MySQL. The reason is easy – any other programmer can debug them without known anything about health science.

A prominent Research Worker, quite aged and renowned, yesterday was asking me about the possibility of using Javascript. I personally would suggest to avoid Java for core processing, because of Java’s inherited risk of cross platform malware injection. 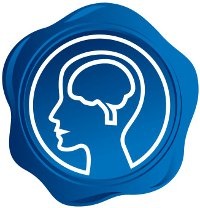 On Massimiliano Versace’s website (www.neurdon.com), you can get more opinion for Python, many examples and snippets. Here are some resources :

The third one needs a bit explanation, it is not directly related to Experimental Psychology, but can be easily developed for more progress :

From the documentation, at Line 168 look at the argument setMomentum :

As per documentation, it sets the ‘momentum’ for the learning algorithm. The momentum should accelerate the learning process and help avoid local minima.

(There is a special version of CygWin for the Windows users)

This project is very nicely worked, uploaded to SourceForge :

Other important resources are listed here :

This Article Has Been Shared 935 Times!