EyeOS Open Source Development needs WordPress like community. EyeOS faked to be Open Source as Cloud OS, got thousands of backlinks and finally shown the color. We usually blame, curse Microsoft, Amazon for running pathetic monopoly business, but EyeOS practically had superior (or inferior) marketing strategy which ultimately led to not only closure of EyeOS Open Source development but also pathetically deleting the all older versions from all Open Source Software repo which they voluntarily created, only keeping the backlinks.

While writing the guide on Installing EyeOS 2.5 on Rackspace Next Generation Cloud Server, we noticed that, EyeOS Open Source Development has been withdrawn and has been fully commercialized. We tried to find the older EyeOS Open Source  software under GNU GPL license and pathetically noticed, they have deleted all the resources deliberately from high page rank Open Source project hosting websites including Source Forge.

As from WikiPedia, The first publicly available eyeOS version was released on August 1, 2005 as eyeOS 0.6.0 in Olesa de Montserrat, Barcelona (Spain). At the time, it greatly participated in creating the definition of a web operating system and acted as a concept. Quickly, a worldwide community of developers took part in the project and helped improve it by translating, testing and developing it. 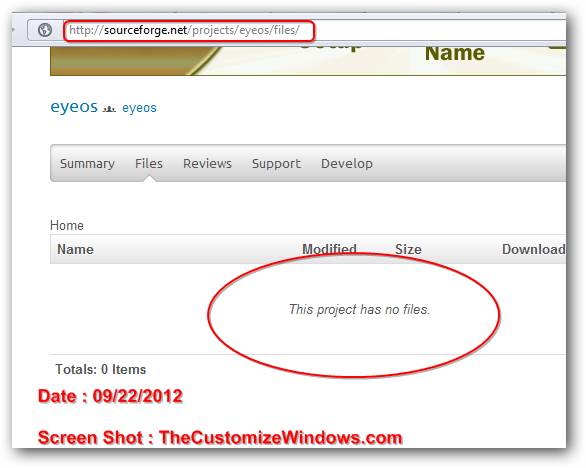 Except few personal efforts, mentionable is a person on GitHub, there is practically no way except Source Forge SVN, that probably not deleted wrongly.