Linux Graphical Desktop on Rackspace Cloud needs some priming as most has very limited idea on VNC Remote Desktop and the tight integration with OpenCloud. Linux Graphical Desktop is a phrase used by common peoples, the right technical terminology is using a LXDE VNC desktop environment. In other word, you can actually use a fully functional Remote Computer via Internet Connection.

We will discuss Virtual Network Computing and the real hands on guide Linux Graphical Desktop on Rackspace Cloud in two separate articles and guide respectively, this article is mainly intended for the enthusiasts, small business owners, academicians, research institutes – all needs a universally accessible powerful computer that absolutely looks like a usual desktop, takes normal keyboard and mouse commands or touch screen support on a pay as you go model for cost reduction.

Linux Graphical Desktop on Rackspace Cloud : The Must Be Known Points

We are not actually using a Desktop Virtualization, the real server of Rackspace is using OpenStack for the Cloud Configuration and the IP you are getting is actually is of a node. Virtualization on Virtualization is not impossible, but technically difficult and can be unstable. 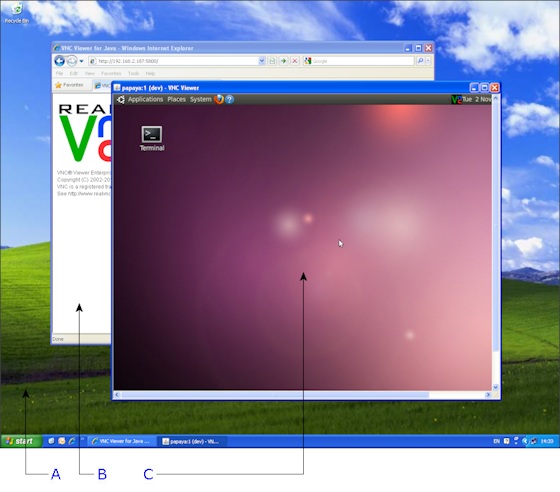