NoSQL Database stands for Not Only SQL Database is not a special database itself but a class of database which stores data, do not require fixed table schemas. In the academics, they are often called as structured data storage. If you have heard of Google’s BigTable, Amazon Dynamo, CouchDB, Apache Cassandra or MongoDB – all of them belongs to this NoSQL database group.

On April fool’s day, we published an article about MySQL. Publication on 1st April is just a coincidence, there is no wrong information ! The reason to link and make you to read that article is to make you understand another article – Indispensable MySQL queries for custom fields in WordPress. NoSQL does not use SQL as its query language.

The terminology NoSQL was first published in 1998 and was used as a lightweight open source database, which did not provide SQL access option. NoSQL, pointing to the meaning Not only SQL went popular in early 2009, when Johan Oskarsson introduced it in a meeting on distributed structured data storage. The name NoSQL was an attempt to use a common term covering all the growing number of non-relational distributed data storage systems.

The effort to save data without the limitations of the relational model was previously done long back. NoSQL as such nothing new but the deployment has increased now. 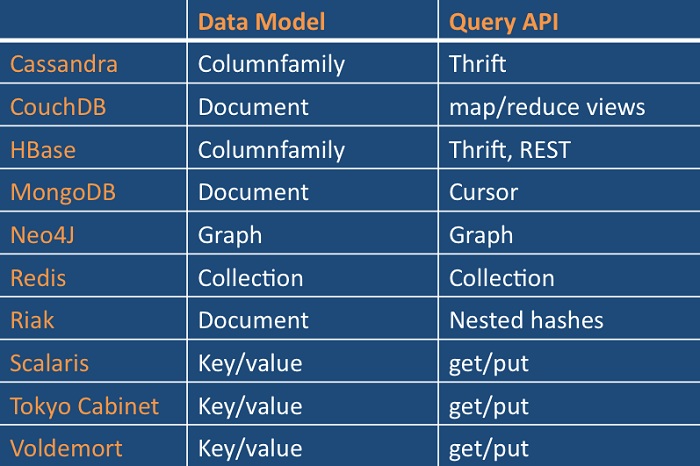 Relational databases usually suffer from performance issues for data-intensive applications such as indexing of high volumes of documents, websites with high traffic load and streaming media applications. Relational databases are only effective when used for small but frequent transactions or are optimized for large batch transactions with rare write accesses. One can hardly expect to deal with simultaneous high data requirements and frequent data changes. NoSQL however can deal with a lot of read and write requests. Examples can be found at Digg, Facebook and eBay – all uses NoSQL databases.

Tagged With NoSQL stands for Not only SQL

Articles Related to NoSQL : Not Only SQL Database