PostgreSQL is an object-relational database management system (ORDBMS) available for many OS including Linux, FreeBSD, Solaris, Microsoft Windows and Mac OS X. We often use LAMP; that is Linux, Apache, MySQL, PHP in combination to drive web softwares like WordPress, PostgreSQL is largely compliant with the SQL standard and so is with ACID.

PostgreSQL also once known as Postgres and Postgres95 later, emerged from a database development from the University of California in Berkeley. In 1989 the first version of Postgres, which is now PostgreSQL was completed. So the history dates back to 1989. PostgreSQL is available in most Linux distributions. Apple has been supplying  PostgreSQL  since version Mac OS X v10.7 as the default database. PostgreSQL supports through a wide range of third-party extensions such as PostGIS .

PostgreSQL itself runs as a background process and can be used interactively in various ways. For the command line based service the console based application psql is included with the installation. Programs with a graphical user interface for operation and management of the database often have to be installed separately; free products are pgAdmin and phpPgAdmin. In addition, a number of commercial tools are offered. 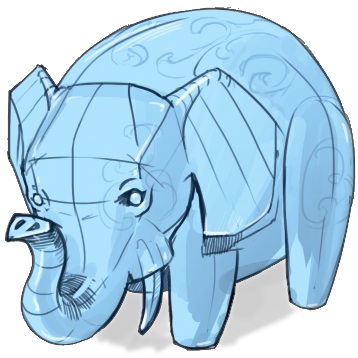 As because WordPress is becoming a serious CMS beyond just a blogging software, various databases including PostgreSQL are being tested by the developers. PostgreSQL for WordPress (or PG4WP) is a plugin to install and use WordPress with a PostgreSQL database. A working version of WordPress with PostgeSQL as Facebook App can be seen here developed and maintained by us : https://apps.facebook.com/AbhishekGhosh/. The guide was published before.