Advertisement
You are here: Home » Cloud Computing and Datacenter : What is the Future for Servers ?
Advertisement

Cloud Computing, Datacenter and Servers Behind

How the server market is changing  ? Although many companies still spend a lot of money to buy equipment from IBM, HP, Dell but others are turning towards directly to the companies those build the server for these giants. For giants such as Facebook, Zynga and Amazon, their data centers are expanding at a higher and higher speed, the idea of losing even a single penny or milliwatts of unnecessary functionality is something economically and ecologically stupid now. Cloud Computing has opened the eyes – buy from the original source at 50% cost, buy only what is needed.

Many of these companies have web of business that depend one hundred percent on IT for the delivery of their products, and generate a few cents for each page load. Cut the information technology costs or equip with servers that allow you to save without offering frills, has a predominant effect on the base. 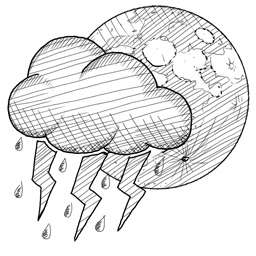 Those who were once high-end machines manufacturers with great features and pioneers of engineers led by Dell, IBM and HP are now became low-end commodity resellers. These servers are small machines and customized by experts who built the Box for Dell and HP. We can not ignore the influence of Cloud Computing for this consensus. Rackspace was not a company with very big history and their technology has practically made Amazon to fear, Microsoft to cry, IBM to go to backfoot and HP to silently nod yes to Open Stack.

In this regard, the project must be mentioned is Open Compute, as it is a move made by the same server to take control. For a management engineer is the classic case study in which a customer get out of the bargaining power of the supplier and begins to produce goods mainly offered by its suppliers. This momentum led by Facebook, however, has meant that the reaction of companies such as HP and Dell had to shift its focus from hardware to software and service offerings, believing that it was more appropriate to refer to the entire IT environment, rather than just the server market. This is the reason why, most traditional server companies are offering Cloud Computing services – which sometimes makes many confused – what ? this company manufactured hardwares, there are also offering Cloud VPS at hourly charge basis ?

Although Open Compute would allow companies such as Dell and HP still room to make the server market, the problem is that the servers are no longer the cornerstone of an IT strategy. Data centers continue to grow in size to deal with the internet traffic and the server will only become components of a larger system.

This Article Has Been Shared 256 Times!

Articles Related to Cloud Computing and Datacenter : What is the Future for Servers ?

Cite this article as: Abhishek Ghosh, "Cloud Computing and Datacenter : What is the Future for Servers ?," in The Customize Windows, October 28, 2012, February 1, 2023, https://thecustomizewindows.com/2012/10/cloud-computing-and-datacenter-what-is-the-future-for-servers/.
Source:The Customize Windows, JiMA.in