Advertisement
You are here: Home » Cloud Computing, IaaS and PaaS and The Borderline Between
Advertisement

Cloud Computing, IaaS and PaaS and The Borderline Between becoming fader, however, such a division is useful. Cloud computing continuing to evolve, changing almost every aspect of the IT industry and it is natural that this evolution will also change over time Taxonomy of cloud services and components of the technology.

If at the beginning of the development of these cloud services were sufficient to differentiate between IaaS, PaaS and Saas  although even now, however such a division is useful, we are now starting to see different shades between these rigid lines of demarcation for Cloud Computing, IaaS and PaaS. On the one hand we see more IaaS vendors begin to move higher and on the other hand we see new categories such as DevOps, which is created to meet the new standards of efficiency and integration of software development. These adds other characteristics of the layers of Cloud Computing, IaaS and PaaS.

Cloud Computing, IaaS and PaaS : It is About Features and Control 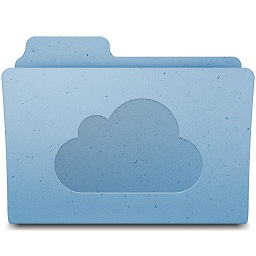 Where you will put services like Rackspace Cloud Sites ? It is not IaaS (there is no full control given to the user), it is not PaaS (you can do more than what a PaaS can offer by definition). It is not only exception like already mentioned DevOpps. We can consider as the main factors driving the adoption of cloud productivity is – features and control. There is obviously a trade-off between these two qualities, which was much more pronounced in the past and on which the industry is progressively got more and more concentrated. With the continued maturation of the industry we have in fact witnessed the formation of different levels of trade-off between productivity and control.

So we can see a similar shift that is taking place at the level PaaS, where VMware has launched CloudFoundry. PaaS acting both as a self-service to increase productivity in the development and as an open source project (mostly now) to provide users with more control. There has been the thought of setting up Specification for PaaS Management. That actually is not the answer or solution though.

This Article Has Been Shared 365 Times!

Articles Related to Cloud Computing, IaaS and PaaS and The Borderline Between

Cite this article as: Abhishek Ghosh, "Cloud Computing, IaaS and PaaS and The Borderline Between," in The Customize Windows, October 25, 2012, February 3, 2023, https://thecustomizewindows.com/2012/10/cloud-computing-iaas-and-paas-and-the-borderline-between/.
Source:The Customize Windows, JiMA.in