Cloud Computing, specially Public Cloud, can not progress without being Open Source because of the huge contribution from developers makes softwares bug free. The basic model of low cost Public and Private Cloud Computing basically brought first by The Rackspace Cloud not only through the establishment of Open Stack, but also for their non-fixed, highly scalable, hourly charged Cloud Servers.

Software is the answer to almost everything these days. The software also makes a difference in the world of Cloud Computing, which can be delivered as a platform, it matters how freely this Cloud Computing is offered to the developers. The result of this free GNU based software development can be found in applications that we see every day –  autoscaling, the ability to have a DNS service that is truly of world class and the complete management of these systems via RESTful API. This changes everything for those who develops or even uses a software and wants to distribute it. An user can become a developer, just by correcting few important bugs for his / her own usage. 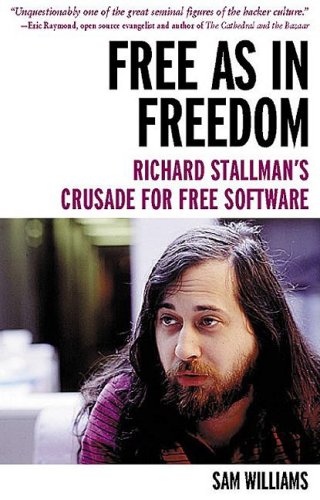 Richard Stallman is actually against Cloud Computing, the major probable reason is – the vendor lock in. But today, I personally think, the way Cloud Computing is progressing through Open Stack as the base, Debian or CentOS or Ubuntu as Debian derivative Server Operating System, WordPress or just a simple software like a Cloud Based Music Player we wrote about to deploy, I think we actually have cornered the Hardware Manufactures with Free Softwares – think carefully, with few cents we can spin up a Rackspace Cloud Server with 8 GB or more RAM, use it as a remote desktop, was it possible without Free Softwares based Cloud Computing ? Probably Richard Stallman is cent percent right about the way of Cloud Computing that Amazon, Microsoft was pushing and is pushing, but may be as a Free Software Supporter I personally think, the way Cloud Computing is getting modified is basically becoming Free – the cost is for bandwidth and margin of profit by Rackspace. On the other hand, Canonical being the company behind Ubuntu actually acting in the same way like that of Microsoft with vendor lock in.

I personally like Richard Stallman too much, if some opportunity arrives, may be we will get the better explanation ?