Cyberspace is made up of two words – Cyber and Space. This is used to indicate a space over internet where online communication can be done. The first serious formulation of the concept of Cyberspace can be found in 1964 in Stanislaw Lem’s book Technologiae Summa, where the concept of cyberspace is described under the name Peripheral Phantomatik. Another serious formulation of the Cyberspace concept can be found in Oswald Wiener’s book, the improvement of central, novel of 1969, notes the sections on concept of the bio-adapter. Literal meaning of cyberspace came in the short story Burning Chrome (1982), an American science fiction by the author William Gibson. Gibson describes cyberspace as a consensual hallucination in a computer-generated graphical space.

What this Cyberspace Actually is ?

With time in real, the vague, ill-defined terminology cyberspace by any means do not suggest a world on Internet composed of virtual reality, Virtual Reality is a fully different service or structure and often uses different web based software for a target audience. The confusion with the terminology Cyberspace went to be more intense in early nineties of past century when Autodesk launched a product named Cyberspace. 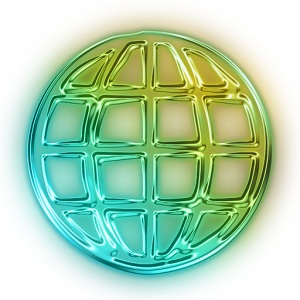 2 years back, in October 4, 2010, an article was published on alliancegeostrategique.org ; they described the flow of information in to have 3 characteristics – semantics (the meaning of information), syntax (information flow) and lexical (stock information).

They describe 5 stages or layers in this way :

It will be an transliterated republication (which we avoid) if description is given, you can read in details about these 5 ayers of Cyberspace with the help of Google Translate :

Probably you got more confused with the meaning of Cyberspace now after reading this article. That is normal as various meta morphological things are revolving around it. But clearly, Internet is not Cyberspace – this was what we wanted to point out.

This Article Has Been Shared 578 Times!