Data Center and Choice of Storage for public cloud, Private Cloud or traditional data center, strategy can make the difference in performance and cost. Of course, this advantage not only depends on the cost of purchasing the hard disks, but it goes beyond to cover other features. The personalization and the division of workloads into different tiers in an infrastructure, known as storage tiering; it takes place by tuning the hard drive according to the type of application and its usage, helping to manage the quantity of data which is constantly increasing, more efficiently; optimizing energy consumption, cooling, storage density and performance.

Data Center and Choice of Storage : Storage is No Longer a Commodity

Storage is no longer a commodity and is of interchangeable type. It is a key component for the entire infrastructure not only the data center, consequently it adds value in the growth of data storage in the cloud. Analysts have predicted that eighty percent of the next generation application will be hosted in the cloud and that over a third of the costs in IT will move off premise in 2014. In this regard Data Center and Choice of Storage is quite important than it was before.

Data Center hyper scale – in which tens of thousands of servers coupled to make them capable to host petabytes of data and applications such as search, social networks, big data analysis, content sharing, online banking – are all designed with the assumption that operational expenditure (OPEX) are believed to be critical as capital expenditures (CAPEX), and that both the problems and the costs are fixed at the level of data center. 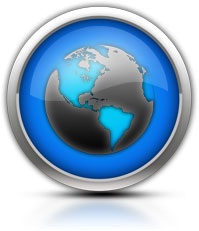 One of the most significant costs in the data center is formation, as described in previous articles is cooling. New hard disks available in the market uses 24 per cent less watts per gigabyte and support multiple modes of consumption of energy in order to limit the wastage of electricity as heat. When power modes which are set to idle or standby mode, the RAM uses less than one watt of power while keeping data online without producing virtually any energy costs.

The Storage Tiering is another practice that can operate efficiently on a large data center for cloud computing, as well as in a small internal data center. The tiering of storage meet the application needs of a company and the work-flows.

This Article Has Been Shared 239 Times!

Articles Related to Data Center and Choice of Storage