Advertisement
You are here: Home » Cloud IaaS aka Cloud Hosting : The Question is Scalability
Advertisement

Cloud IaaS which is, in most cases synonymous to Cloud Hosting, has differences, regardless of the pricing, which are important to run site or for business. Practically the cPanel or Plesk like control panel makes the IaaS to an APaaS (Application PaaS), if we think about today’s Cloud Standard. In other words, a Cloud Hosting or what ever it is said by the middleman, might not qualify to the terminology – Cloud Hosting. On the other hand, there are IaaS, which are sold as Cloud Server are actually a part of IaaS. The classic examples of such Cloud IaaS are Amazon EC2 and Rackspace. There are many such first hand sellers as well as trout or middleman. The terminology IaaS is not used by the above mentioned companies are for various valid and honest reasons. One of them is – people do not understand Cloud Hosting rightly, if IaaS is sold with name, an average customer will get scared and fly away.

Scalability is a feature of Cloud Computing. Unfortunately, the middleman companies will kill us if we list – most has no scalability. If there is no Scalability and Service Continuity; there is practically no difference between a Cloud Based and non Cloud Based platform. Most average users do not understand the difference between APaaS, Cloud IaaS and regular shared hosting over virtualization layer.

Everyone has a datacenter. At least claims to have such. The truth is – most of the middleman companies hardly has a rented datacenter with baremetal (probably that is somewhat honest saying) and the rest has practically nothing. It is quite impossible to understand by most end user, whether the company has own infrastructure or is simply using API based redesigned UI and charging 10 times or more than the original vendor. 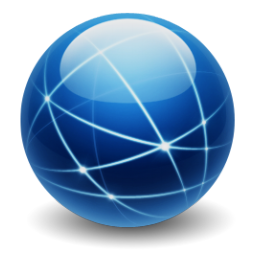 With PaaS, however this trend is not visible, this is specific to Cloud IaaS. This the basic reason why we advice to select Cloud IaaS from a limited set of Cloud Companies – all has some profile in stock market with public equity. It makes the existence of the company in future more predictable.

Articles Related to Cloud IaaS aka Cloud Hosting : The Question is Scalability