Heroku Toolbelt on Mac OS X : Why to Use Heroku ?

If you are asking this question, why to use Heroku Toolbelt on Mac OS X, as a new user, then the answer is – use the search function of this website – search with Heroku Cloud and it will be obvious to you that, Heroku Cloud is a free thing and you can do practically anything, like installing WordPress on Heroku Cloud, fully free of cost. Add the advantages of Heroku Cloud (Free Cloud) with Custom Domain Name. And if you are an advanced user, the answer is more short – if you use Heroku Cloud as hosted app through Facebook – the SSL certificate is fully free. 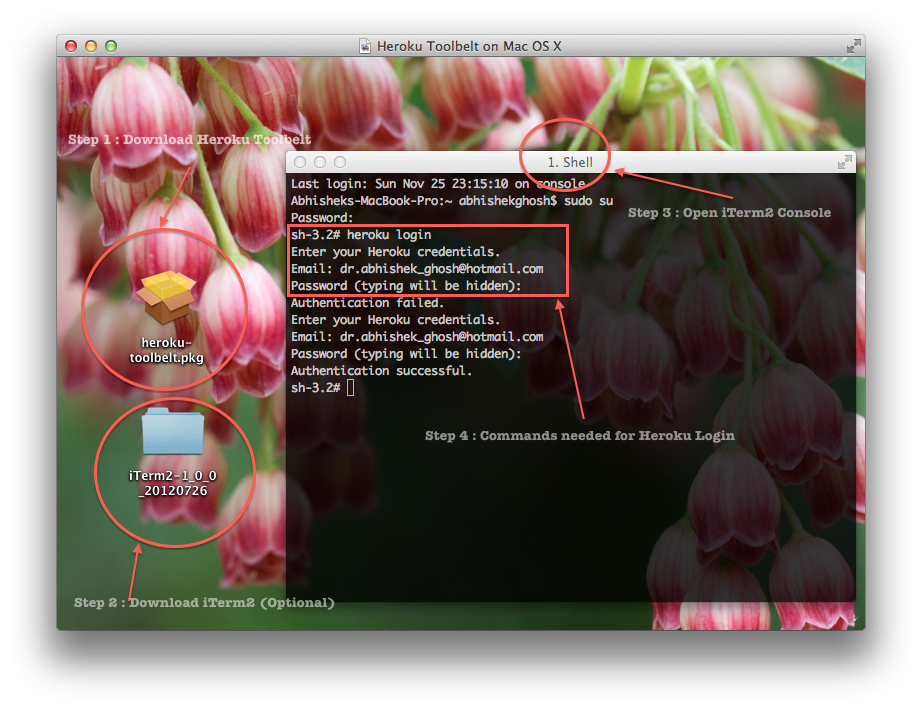 When you will use Mac OS X, the pakage will be highlighted. Download it. As shown in the screenshot, this is the first step. Next is better if you have iTerm2 or you can use default terminal. We provided needed guide for iTerm2 here. Third is just to run the heroku login command, which is universal in Windows, Linux and Mac. Obviously, there is no difference in commands.