Advertisement
You are here: Home » Software as a Service : What is Expected From SaaS in Future ?
Advertisement

Software as a Service : Guidance of SaaS

Software as a Service : What is Expected From SaaS in Future ?

Certainly, the widespread use of AJAX, in the past 5-7 years from now has helped to change the way of web software usage, but there is no reason why cloud applications today still can not improve much from this point of view. In a sense, the Software as a Service today need to provide a richer experience, more similar to what desktop applications are able to do from the perspective of user interaction. Users require an class Rich Internet Application (RIA) applications, but delivered through a standard browser. This means that the use of HTML5 framework may achieve a rich and robust capabilities, interactive user experience, enhanced auto-save to local storage side, etc … Major competitors such as Google, Microsoft and Salesforce.com have bet big on HTML5 for this reason. 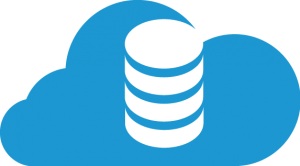 We are observing the effect of Big Data in both B2B and in the vertical market segments such as healthcare, retail, finance and also in government. This phenomenon is also in not so small and in part is driven by research and social networking. Archiving, management and analysis of big data sets these sets is a great technical challenge that a huge opportunity for companies that are able to decipher the code. Software as a Service companies have the burden of collecting massive amounts of data across the entire customer base and the opportunity to take advantage of these data to perform benchmarking and trend analysis. The old models of relational data may give way to new ways to capture data storage mechanisms. New methods of analysis might emerge. The Big Data is quickly becoming a key skill for the next generation  for Software as a Service.

Tagged With what is expected saas uptim4e

This Article Has Been Shared 934 Times!

Articles Related to Software as a Service : What is Expected From SaaS in Future ?

Cite this article as: Abhishek Ghosh, "Software as a Service : What is Expected From SaaS in Future ?," in The Customize Windows, November 1, 2012, January 29, 2023, https://thecustomizewindows.com/2012/11/software-as-a-service-what-is-expected-from-saas-in-future/.
Source:The Customize Windows, JiMA.in