Arduino Robot is quite easy to create as the basic need are quite compact, needs not much of electronics . With $100 budget you can create an Arduino Robot. In previous Startup Guide for Arduino, we wrote about the basics about how to start a project and make it successful. The typically created Arduino Robot with a budget of $100 to $150, we usually create a typical four wheeled moving element which can be made to behave as programmed.

Arduino Robot : Why a Robot Can Be Considered to be the first Arduino project

Most has a misconception that, building a Robot is most difficult, actually it is not true for a flexible platform like Arduino. The Points in favor for creating an Arduino Robot as the first Arduino project are :

Arduino Robot : What to do and what not to do

There are lot of detailed guide are available to create an Arduino Robot. We will only point towards them and most importantly point out which are the best practices and how you should think to develop your Arduino Robot.

Let us look at this guide : 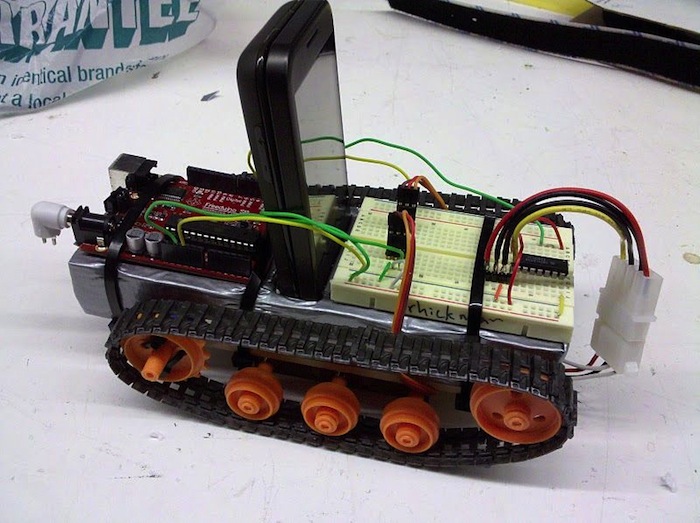 The major plus points is, this is a wireless Arduino Robot. But the list of cons are quite large. The blue-tooth actually can give the real mobility. So the way to get extra energy has to be provisioned, for example to use a dedicated for the bluetooth communication rather than using a bulky mobile, the wheels must be of light metal to ensure longer life. 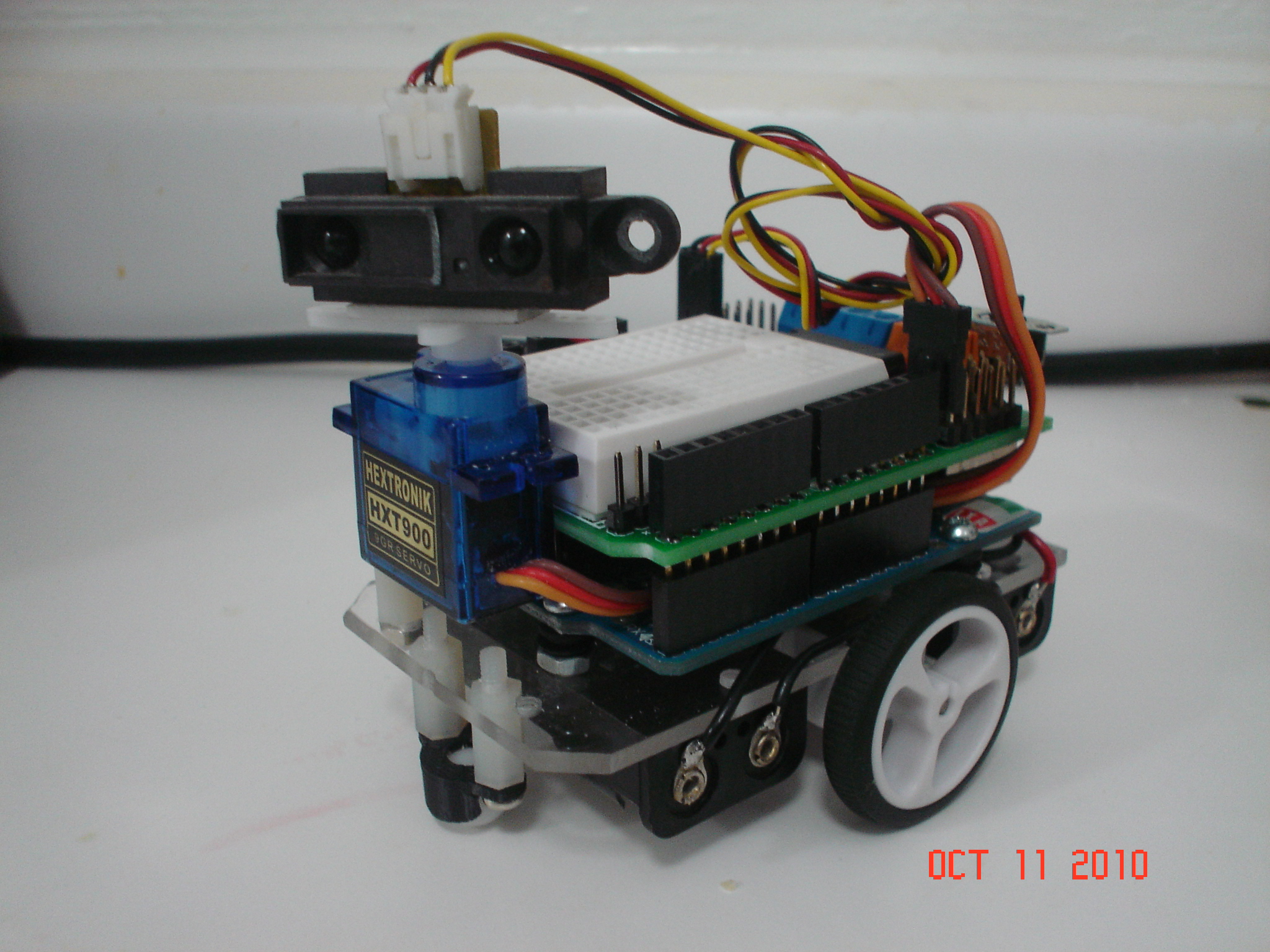 This is very closer to perfect if combined with the first mentioned project.

You can understand, the more study of what people are doing is most important point to create a good project.
Now to give you a mental boost, this kind of robotic arm can easily build by you : 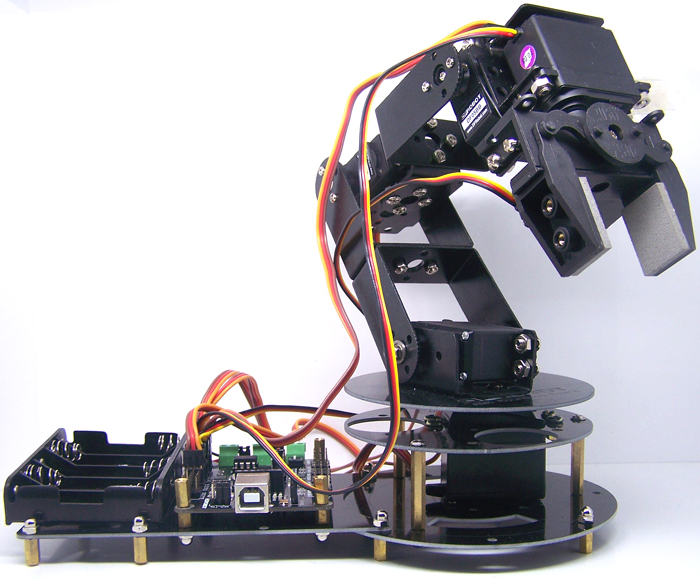 This is basically nothing but more complex implementation of servo motors, mechanics, stable chassis and a good program.