Cloud Computing IaaS falls among the three classic divisions of models – IaaS, PaaS and SaaS. Many talks about cloud, but few actually know what they are talking about. Today many talks about Cloud Computing, but few actually know what they are talking about and how the system works. This misinformation and little information, often spreaded by peoples on news type sites, where the writers considers themselves to be sufficient to be able to speak of a technology. The cloud computing is becoming, like passing comments about the football on next Monday morning, most makes a lot of talk but often never played a real match.

A cloud is made up of three components – the storage nodes and a controller. Three classic divisions of models – IaaS, PaaS and SaaS has been individually discussed many a times in details, through various approaches. You can search on our website’s search box for detailed articles; briefly to keep this article compact, a brief recapitulation :

Service provider or cloud provider provides services like virtual servers, storage, applications, complete, following a payment model that follows pay-per-use; The ‘administrator, is responsible for choosing and configuring the services offered; The end customer is who uses the services and configured by the administrator.

In previous articles on Cloud Computing and IaaS, we discussed about three types of service organization: public cloud, private, and hybrid.
A further differentiation takes place on services. This services can be classified as: 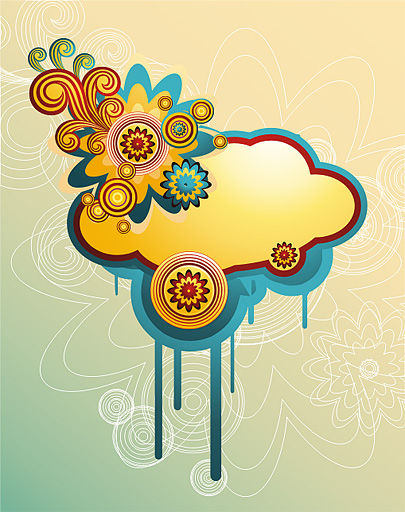 IaaS represents the lowest level of abstraction and corresponds to the use of a virtual machine that the user can configure with a very fine level of granularity, adapting it to their needs in the most appropriate manner.

NIST, or the National Institute of Standards and Technology, the government agency of United States of America is responsible for the management of information technology, NIST defines the cloud as a service which provides the user the capability of using processing, storage, networks and other fundamental computing resources, where the user is able to deploy and run arbitrary software, which can include the operating systems and applications.

The user does not manage or monitor the underlying cloud infrastructure cloud but check everything else. What does this mean? In one word it explains the term virtualization. IaaS is the service closest to what form the cloud, because by purchasing this service, we have a full hardware virtualization of a traditional server (CPU, RAM, storage and network adapters with connectivity). IaaS infrastructure are managed through a virtualization system, based on the major hypervisors, allowing the creation of virtual instances customers: there may be no managed team provided, so the customer is free to create their own virtual infrastructure within the cloud, using networking components, such as switches and load balancers, virtual, or storage components. In case of managed you have to pay nearly $100 extra (for Rackspace).

The advantage of this solution is precisely the ability to control by the user. Choosing the most appropriate hardware with the supply contract of service makes it possible to use the remote and less powerful computers or mobile phones, the power available on other computers and to perform complex computations and with this virtualization. The user of the service could in fact choose the operating system, has a total degree of freedom and can customize the configuration of the system without limits.

Of course we must deal with issues related to CPU load, number of running applications, disk occupation, in short, the same that you should manage on a real computer. That is it. That is the biggest differences between a Traditional VPS and a Cloud Server, which is indeed an IaaS.

As for the cost, you pay for the infrastructure. An instance of IaaS is a cost to the user only when it works and when it is stopped you are not billed, this means that the user is using a convenient billing according to consumption. All the guides written by us using Rackspace Cloud Server (search with this terminology in search box in our web to see what can be done).

Let us now point to the individual benefits of IaaS infrastructure, we have individually discussed the points :

IaaS features self-provisioning, activation via API and on-line management, with total autonomy, support and assistance on demand, scalability.
Most of the infrastructure of cloud computing IaaS uses the most common hypervisors: VMware, Hyper-V, Xen and KVM. The individual companies decide whether charging for the customer with a monthly payment is suitable or hourly based model is suitable. Example usage and full guide of a tutorial for IaaS :

Rackspace Cloud Server as Remote NeuroDebian Desktop.
Regarding selection – we use Rackspace most commonly. You can also look for Amazon and HP. We have no idea about the others.

This Article Has Been Shared 164 Times!