Advertisement
You are here: Home » Load Testing For Cloud Based Mobile Applications
Advertisement

Load Testing For Cloud Based Mobile Applications : The Approach

Native Mobile Application : These are the applications which are coded using an objective programming language, like C for iOS, Java for Android. These are linked to the mobile platform and are installed from an online store.

Hybrid : Finally, there are applications which is a hybrid between these two approaches.

Since the Native Mobile Applications are running on the specific device, it is necessary to intercept the network traffic coming from a real device or an emulator. To intercept this traffic, tools that record traffic must be connected to the same network as the device. When the computer is registered on an intranet behind a firewall, you can not register a mobile device connected via a 3G or 4G network. The device and the computers that are running the tool must be connected to the same network. 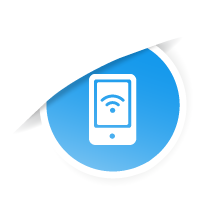 Most of the tools to perform the load testing for Cloud Based mobile applications are based on proxy, which is the easiest way to register the network traffic of an application. To use this approach, the developer must configure the wi-fi configurations of the mobile device so that the traffic passes through the proxy. Some mobile operating systems such as Android and iOS, supports the implementation of this change, but previous versions of Android might not support. In addition, some applications connect directly to the cloud server or CDN, regardless of the proxy settings of the operating system. In any case, the developer will need a tool that provides alternative methods of proxy-based network tunneling.

Load Testing For Cloud Based Mobile Applications : The Points Needs to be Understood

Application developers must understand that the need for load testing for Cloud Based mobile applications is more important which are ported from traditional web applications, to ensure that they behave well under certain conditions.

The reason for developing hybrid application like WhatsApp; the control is easier.

This Article Has Been Shared 550 Times!

Articles Related to Load Testing For Cloud Based Mobile Applications