Open Source Hardware provides hardware specifications like Open Source Software, which are publicly available,you can buy the smallest parts and build yourself. In the last century, Richard Stallman initiated the Free Software Movement, for whom, we are now using various softwares, services for free or at lesser cost; in the same way, Open Source Hardware makes the devices less costly, affordable and breaks vendor lock in.

Free software gives the users four freedoms: freedom to use, study and modification, distribution and redistribution of modified versions. There are licenses that guarantee and give the legal coverage, such as the license GNU GPL. The free hardware take these same ideas of free software for application in the field.

The biggest usage is in health science. A pacemaker costs like an atom bomb, but actually it has technology less complex than an entry level smart phone. Open Source Pacemaker is now available publicly. Other health related Open Source Hardware projects including Surgical Robotics are in consideration as a closed source surgical robot cost a huge, the companies run full monopoly business. It is pathetic for the end user – the suffering patient. However, more integration among the developers are needed through software repositories, more work, input is needed by the doctors who are interested in development. 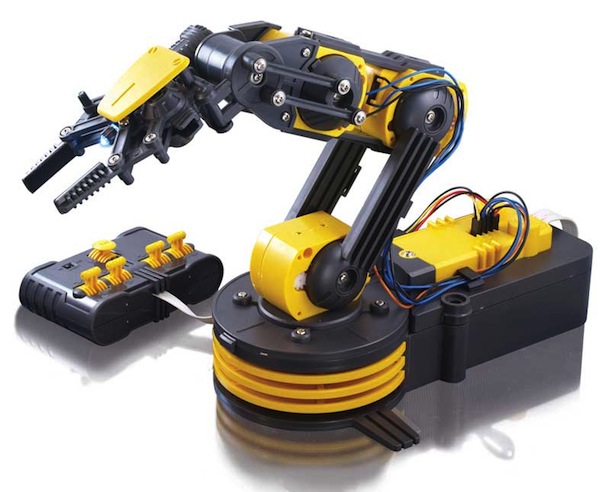 Other various applications of Open Source Hardware can be cited as example – Arduino for Controlling Motors, LED From Your Computer. That is good example of such Open Source project. The image shows an advanced robotic arm (OWI-535 Robotic Arm), which was developed as a toy first; is also a product of Open Source Hardware movement and it costs around $45.00 only; a similar product manufactured by a big brand would cost 3-5 folds of the original cost.

This Article Has Been Shared 424 Times!