Advertisement
You are here: Home » Running a Web Based Virtualization Software Married to PHP
Advertisement

Running a Web Based Virtualization Software Married to PHP can be done with a good project named phpVirtualBox. You can run on localhost or any LAMP Server. There is reason to give the title the name – Running a Web Based Virtualization Software Married to PHP. Because it is an one person developed project and the person who is getting married soon / got married, so he might not be able to support it without a New Project Lead. Definitely, he is not getting married to PHP but a nice human (I do not know anyone) and he is quite careful about his duties. In this kick starter guide on Running a Web Based Virtualization Software, we will show the excellent web software’s features and usage created by this nice person. Actually the web software is based on PHP, it is a Free / open source web software using the VirtualBox user interface with AJAX implementation. Virtualization got married to PHP. It is a real fairy tale and we will wish the best for this couple and the real life couple.

It is very important to state that, as a developer, if one can not maintain the Free / open source for reason, ask others in this way to take it over, many forget to give this opportunity to the other developers, development momentarily halts. It is also very important for the developer to make sure that the next person will not forget to mention and keep the name of the original developer, keep a way to have the full access etc.

phpVirtualBox is the software for Running a Web Based Virtualization instance

We already wrote in the above paragraph that, the software is named as phpVirtualBox and can be downloaded from here :

You have to download the latest version. There is excellent Wiki for the set up : 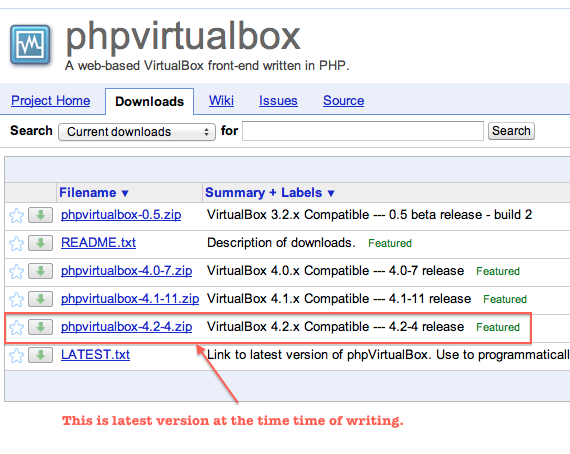 There are already many existing guides, quite nicely written on the Wiki :

There is no meaning of re-writing the exact things except, pointing towards our guides for using own computer / localhost as LAMP Server on various OS :

For (Mac) OS X 10.8 latest : Install WordPress on Mac OS X With Command Line LAMP Configuration; For Running a Web Based Virtualization you have to fix the issues with current OS X (those are linked within that tutorial). You can follow the basics of the command line access like we did to Install WordPress on Ubuntu or Debian PC Guide. For Windows, you can check this advanced guide for getting HTTPS in WAMP Server on Windows PC localhost with OpenSSL. Although these guides were not for Running a Web Based Virtualization software, but the basic way to get a LAMP server, in real or in emulated form can be followed. Obviously you will not follow them top to bottom to get WordPress installed.

This Article Has Been Shared 384 Times!