Hybrid Cloud environments might appear logically consistent, but the architecture should necessarily be taken into account is the underlying physical reality. Hybrid Cloud itself not being that much talked about topic itself and the tit bits can make the user to face more practical never calculated issues than Private Cloud. Previously we published basic information providing articles like Basics about Hybrid Cloud Computing and Hybrid Cloud Computing in Depth. Today, in this article we will discuss about a fully different aspect of this Hybrid Cloud structure.

Just like started with the sentence – hybrid cloud environments might appear as something logically consistent, but its architectural solution should necessarily be take into account, which is an entirely different aspect. The latency often in this abstraction from the physical layer and is not sufficiently taken into account in the discussions on performance. A long disproportionate attention was paid in relation to the amount of data to be moved instead of the time they can move it, historically this was reflected in the greater importance given to issues related to bandwidth, essentially the size of the data paths, rather than on their speed. 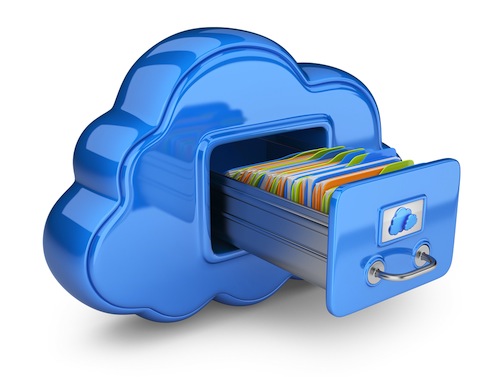 Knowing the bandwidth is certainly important, but not sufficient. Latency is the time between a request for data and its delivery, is the sum of the delays in the development of each component which adds that request. As it applies to each byte or packet that travels through a system, latency is as important as the bandwidth, but often in the performance specifications we hear only of the later. By its very definition a hybrid cloud can be used to cut oneself from the details of the underlying physical resources. Abstraction can be profitable and can mask the underlying complexity and in many ways the history of the entire computing is constructed by adding increasing levels of abstraction. The difficulty with these abstractions is that, the aspects of hidden complexity may be relevant to what is then running over the infrastructure, such as where the data is stored with respect to the place instead of where they are processed.

Two factors accentuate the potential problems. The first is that, the hybrid cloud resources can include both public and on-premise. There is a big difference between how much data can be transferred and how quickly they can be accessed over the network to a data center internally or externally via the public network. Moreover, with the increasing interest on Big Data, we are talking about potentially large volumes of data used for analysis and simulation.

These issues lead to the need of mechanisms of policy in the hybrid cloud that control the positioning of the workload and data. The policy controls are required for many reasons in a hybrid cloud environment. Data privacy and other regulatory requirements may limit where the data can be stored legally. Furthermore, the storage can cost differently depending on the location it is selected. Basically the ability for the administrators to configure policies is what makes it possible for organizations to build cloud of heterogeneous resources while maintaining the control.

Applications and their data they need to bind to each other will depend on several details. How much data one can have ? Can be these be preprocessed in any way ? Are they frequently modified or accessed only for reading ? In any case, as a general principle the processing is best done if it is kept physically close to the data to be processed.