MAC Address or Media Access Control Address is the hardware address of each network adapter, which is a unique identifier of the device in a network. The MAC address is on the data link layer (layer 2) of the OSI model. In the IEEE it is the bottom layer. MAC Address has nothing to do with Apple Mac.

Network devices will need a MAC address if they are to be explicitly addressed at Layer 2 to provide services based on higher layers. Device like a hub delivers the network packets only, it is at the data link layer and is not visible and therefore needs no MAC address. Bridges and switches examine the data link layer to the network, physically in case of multiple collision, even if it is not actively participating in the communication, therefore for the need for the basic functions a MAC address is mandatory. A MAC address is also required when bridges or switches uses the Spanning Tree Algorithm to prevent loops in redundantly designed computer networks.

Your computer, Tablet etc. which has Wifi has a definite MAC Address. 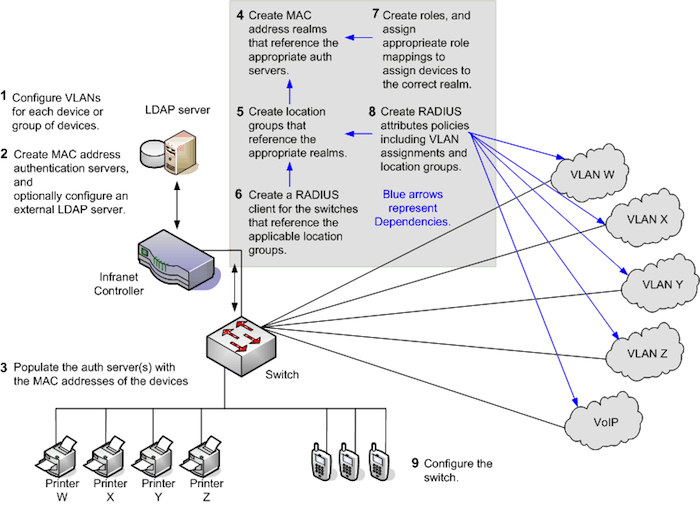 In the case of Ethernet networks, the MAC address is of 48 bits (six bytes ). The addresses are usually written as hexadecimal value. The usual presentation of MAC addresses, for example, for the output of ipconfig is also known as canonical format (“canonical form”, “LSB format” or “Ethernet format”). It indicates the order in which the address is in IEEE 802.3 (Ethernet) and IEEE 802.4 is (Token Bus) transmitted.

In each frame of Ethernet-II variant, the MAC address of the receiver and the transmitter is transmitted. The receiver and transmitter must be part of the Local Area Networks may be (LAN). A packet should be sent to another network, first to a router. It analyzes the data on the secondary layer and give the package after confirmation.

As this website’s goal is to provide basic idea, we are not going in to too much details of Mac Address.