Canon EOS 1100D is a DSLR model that often comes in to question by the to be DSLR buyers,whether it is a good choice or not. Here is the answer to the question. Canon EOS 1100D is likely to pass the success of 1000D, the camera that was replaced on summer of 2008 and to date has been able to defend itself from the attack on Canon’s market share by Samsung, Sony and Panasonic. Just like Nikon, Canon for this segment, is the first real battleground with the aforementioned newcomers.

Canon continues to maintain an attitude that critics would call prudent but that probably answers a precise road map. We refer to the decision to focus on new camera that actually remain faithful to the philosophies of models made to replace, so to speak merely to update some of the features and functions with new solutions developed in the meantime.

It is an attitude that will certainly make concrete and tangible benefits in performance, but it lacks that touch of innovation that makes a product a real novelty. Of course, in the case of a project of the necessity to reduce to the maximum the final price of very limited margin, some little more effort would have contributed to make the Canon EOS 1100D easier to sell than its competitors. That said, the newer DSLR cameras comes as if as a mirror image in all respect and with some undeniable strengths that distinguish the same from your Canon products of a higher level. A 12MP CMOS sensor, DIGIC 4 image processor, the nine-point autofocus system and metering system, seen for the first time on the EOS 7D.

Almost certainly for the reason of lower cost, Canon has revised some parts of the chassis, opting for very light materials, smooth and, at least to the touch, much less consistent than with other models of DSLR. Like some from Sony and Panasonic, the plastic makes it really supreme. Thanks to some design changes, the 1100D now has a handle much better and firmer than 1000D was, it is clearly designed for use with the right hand only.

Even the layout of the controls is consistent with this pattern, and the only thing we did not like is the displacement of the ISO button from the top to the back of the camera, choice which reduces its use. As for the basic kit lens, it is the new version of 18-55 IS, which is greatly improved compared to the past.

The design of the body is based on a few buttons, quick menu. I do not really like the complete absence of rubber liners that would make the grip more firm even when wet. 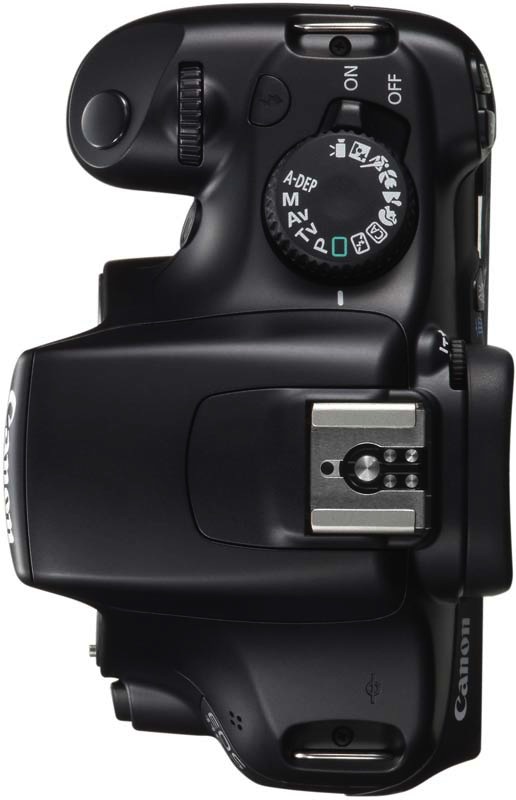 First, it must be said that the 1100D has solid features and very much in line with what you would expect from a DSLR of this class. Live View mode is really too slow. With regard to the focus, it goes into crisis only when the light begins to dwindle and contrast becomes finer. For the rest, it really do not disappoint either in accuracy or speed.

It is quite difficult to directly opine – yes, Canon EOS 1100D is a quite nice option, go for it nor there is any practical alternative in this segment of DSLR.